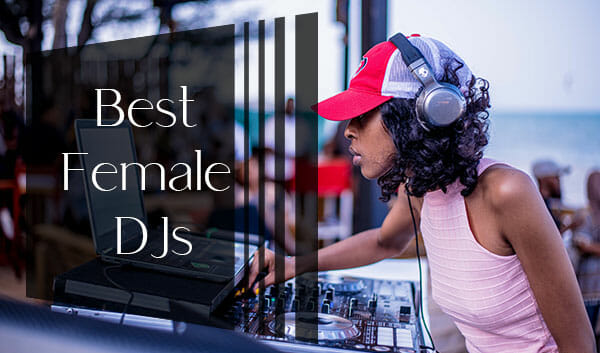 There are so many industries including the music industry that is mainly dominated by males and the disproportion between actively working men and women is alarming (and disheartening). However, the contribution of women in the world of music is also increasing steadily each year.

DJ artists are widely known amongst fans for their inventive mixing of different songs and their wild remixes which are the essence of dance clubs and parties.

Based on their popularity, skills, awards and music works, the following list has been prepared which represents a compilation of the world’s best female DJs of 2021: 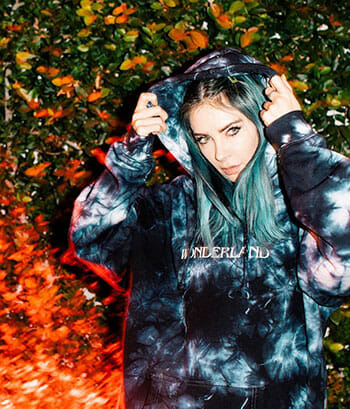 Alison Wonderland is an Australian cellist-turned-music producer, DJ and singer who gave her first hit debut, ‘Run’ that was released in 2015. The Australian Recording Industry Association have certified her debut song, as Gold. She was also listed in Billboard’s Top 100 DJs in 2018.

Besides being trained in classical music and specializing in playing the cello, she has also played as a bass guitarist. She is quite active on social media platforms such as Twitter, Instagram, Spotify and Facebook. Aside from her music, she shows her support for mental health. 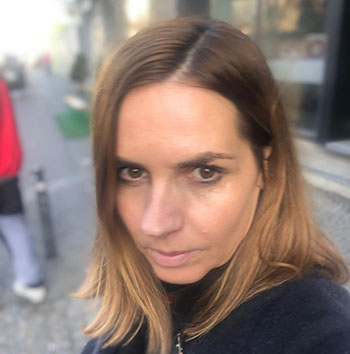 Although over 50 years of age, Anja Schneider is still going strong as her gigs are renowned worldwide. She founded Sous Music in 2017 and has taken her career to greater heights since. She has introduced electronic music to the youth of Berlin through her evening radio show.

She has been labelled as the ‘perpetual motion machine’ because her passion to make music and her zeal to share it has made her one of the most hard working people in the industry. 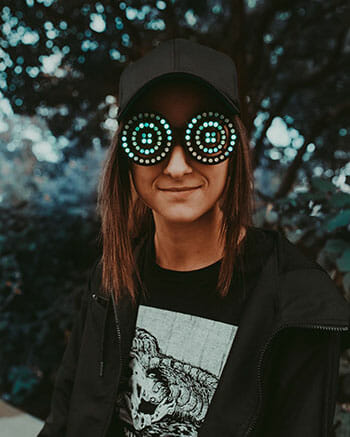 This young Ukrainian-Persian star has taken the techno scene by a storm through her unique, dark and cult-like music. As a young girl, REZZ used to attend dubstep shows in Toronto. She started playing with other artists since the age of 16.

She took inspiration from a Deadmau5 concert to start creating her own music. Following that, she was noticed by Skrillex on a blog who contacted her on Twitter.  Her album, ‘Mass Manipulation’ has won the Juno Award for Best Electronic Album of the year in 2018. 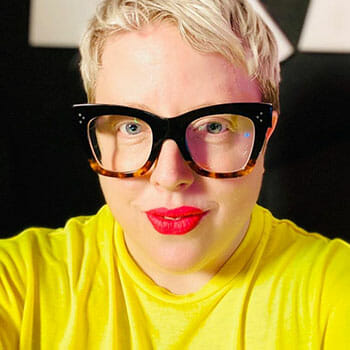 Marea Stamper, popularly known as The Black Madonna is one of the leading female DJ artists in the industry. She is one of the most respected and sought out DJs by fans. A school drop-out, she got introduced into the world of music when she started selling mixtapes at raves.

This is when she started observing and learning from DJ artists about the techniques of remixing music. She leaves no stone un-turned to ensure her fans have an electrifying dance night, and none of her fans want to leave without hugging her tight. 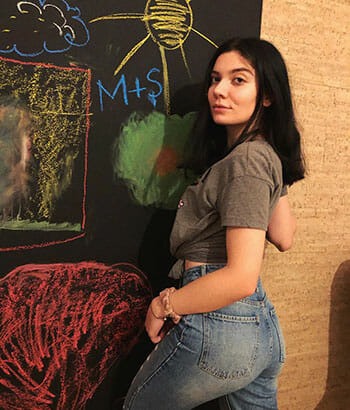 Magda started her early career DJing in 1996 during her college days. She is known for her gigs worldwide and is known as the ‘Queen of Minimal’ due to her laudable contributions to ‘minimal techno’. 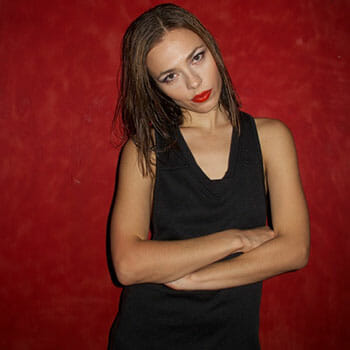 The Russian dentist-turned-DJ is known for her unpredictable mixing. She can whip up a magical concoction of dance, trance and disco that can be quite erratic.

She doesn’t fear to experiment and is an entertainer and a role model for women who admire techno. 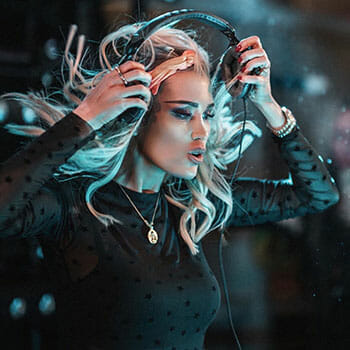 Anouk Matton, better known as Mattn didn’t quite start her career as a DJ. From walking the ramp, to becoming a social media celebrity on Instagram, she caught on to the music scene sometime around 2015.

Since then, there was no turning back for her and her music continues to storm through the charts. She has paired with celebrities like Paris Hilton during her stint in Tomorrowland and has also been listed in the World’s Top 100 DJs list in a British magazine during 2018. She plays EDM, future house and big room. 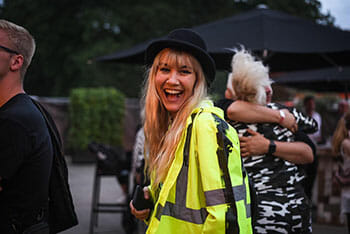 Nervo represents Australian twin sisters Liv and Mim who have been constant figures in the top 100 charts since 2012. They are known for their collaborations with the likes of David Guetta and have produced music videos starring Kylie Minogue.

Their notable works in Bigroom and Electronic Dance Music earned them a Grammy Award in 2009. 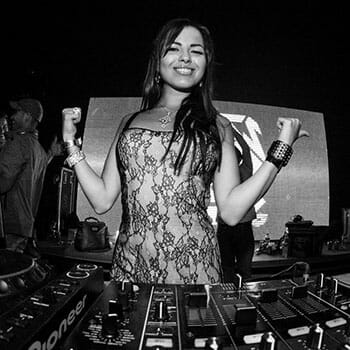 Becoming a mother in 2019 has not deterred this Ukrainian artist. Kate returned back to the scene for major music festivals and continues to learn and experiment with new music.

She has consistently made an appearance in the top 100s list for the past 5 years and rightly so. Her ‘hardcore techno’ form of music pulses the scene with a plethora of energy. 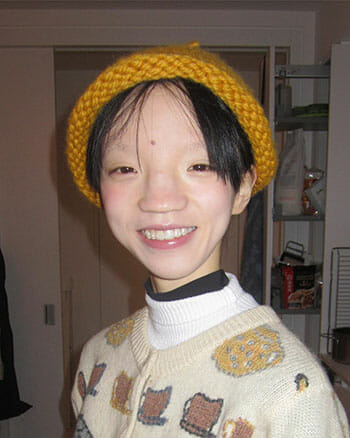 By learning how to play the drums from her father at an early age, tINI embarked on her pathway to a musical career. She experiments with mixing the classics and the Hip Hop and is a regular face in the Underground Techno scene.

She launched tINI and the Gang events and brand company in 2000, and from being a support DJ artist for major artists during festivals, she became a solo artist, a highly respected and good-natured star. Her unique performance can be the show stealer of any gathering, be it a huge festival or a private club floor. 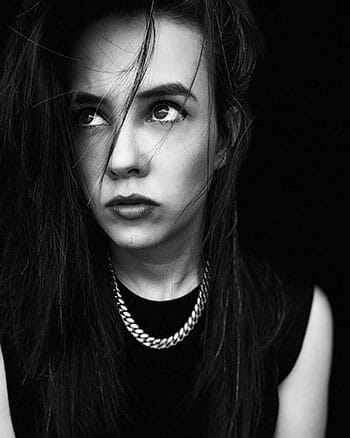 This Mexican star is known for her unique music-blending skills and introducing the electronic violin in her gigs. She plays various styles such as Bigroom, psy-trance, dubstep, hardstyle and bass house. S

he has spent the last few years touring across the world and has performed with mega stars such as David Guetta and Hardwell. 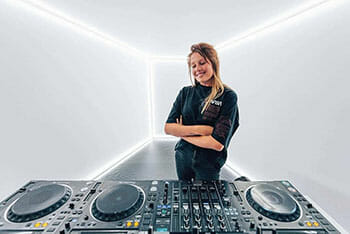 This rising techno spinner has made it to this list by struggling for 10 years. In 2019, she was seen gracing new heights as she launched her own label, KNTXT. She also hosts a radio show on BBC. She is undoubtedly one of the biggest techno DJs of this generation. 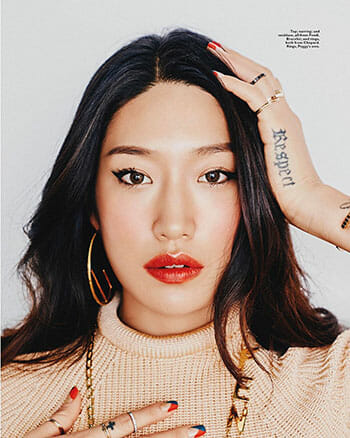 South Koreans are known for K Pop, but Peggy Gou is one of the few DJs from South Korea who have made their mark as an international DJ artist.

She jammed and rocked at many festivals and clubs during 2019 and also gave a radio hit- ‘It Makes You Forget’. 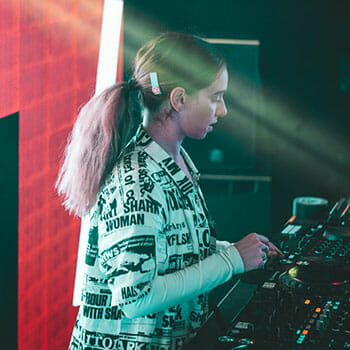 This Australian DJ started her career as host of a radio show on Australia’s Triple J radio. When the Australian electronic scene picked up a new level of success, she launched her own records, thus encouraging to nurture new talent. She has founded an NGO to support underprivileged musicians. 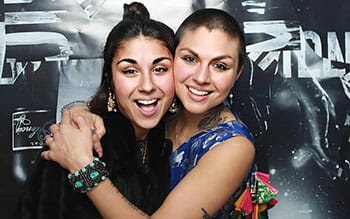 In 2007, Jahan Yousaf and Yasmine Yousaf founded this American electronic music band under the name of ‘Krewella’. They play music styles such as EDM, dance rock and dance pop.

And the list goes on. Let’s hope to see all of them smash more records this year as we wish our favorite stars good luck for their upcoming ventures.