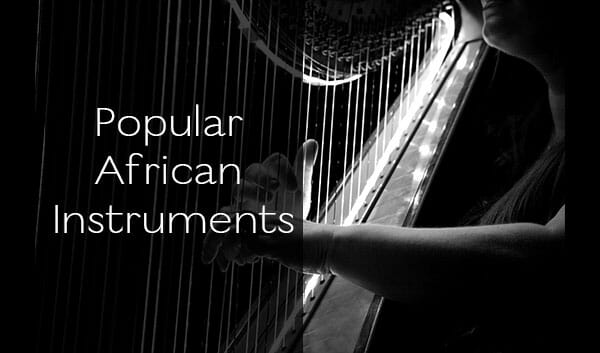 Ahh yes, Africa. The one and only land of the warriors, a melting pot of cultures, the very cradle of humankind! With its proud people being fiercely protective of their customs and traditions, is it any wonder that it was called the Dark Continent?

After all, even centuries after its exploration, the rest of the world is still catching up with the magnitude of its treasure, music being one of its greatest exports.

There is no denying that it is its music that has been both a source of acclaim and a driving force for change both within and outside the continent.

Be it the establishing of Calypso and Soca as the primary genres in the Caribbean, or the recognition that Salsa, Rumba and Conga only got to Europe due to the flourishing slave trade, African music has come a long way from its roots.

But what about the music itself, the quality of the sound? Does it ever live up to the aura of exoticism that it exudes?

Well, while deceptively simple sounding, it is made of complex rhythmic patterns called polyrhythms.

This involves having layers of multiple beats layered on top of one another; basically, it requires a unique set of instruments that match this complexity, something only instruments with thousands of years of evolution could possibly achieve.

As such, there is now no little adoration around the globe for Africa’s primal, throaty sound that is complimented perfectly by its distinctive set of instruments. Here ten of the most popular ones that are catching the music world by storm: 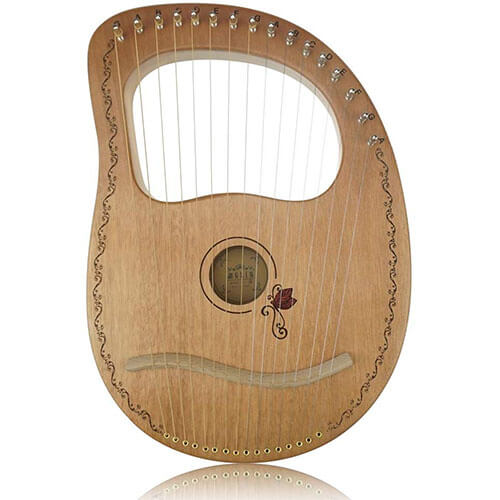 Believe it or not, this humble instrument, originating in Ethiopia, serves as a precursor to all forms of the modern guitar! Indeed, this humble five-stringed instrument is the reason all of modern music exists, with its simple, circular soundbox and harp-like arch being very useful to create that strumming sound now found universally in popular music.

It was later brought to ancient Mauritania (Present day Guinea, Algeria and Maghreb), becoming the guitarro. It was here that it gained some renown, being played a lot for its simplicity and wholesome sound. From there, it was exported to Spain by the Moors in the 9th century AD, and as they say, the rest is history. 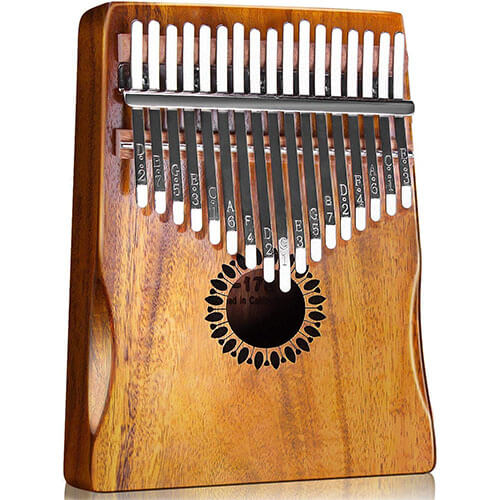 This is another instrument that is quite popular across the breadth of the continent. A quite simple contraption, it consists of many small metal strips of varying sizes across a hollowed-out box. The strips work much like piano keys, producing a wide range of very unique sounds.

Known in different Saharan countries by names like Agidigbo, Kisanji, and Sanza, it is also found all the way across the Atlantic, in the Caribbean, as the Marimbulla. Classified as an idiophone (creating sound by vibrating the whole instrument), a variant of this even finds mention in Siberian literature as far back as the 16th century.

It is praised for being quite small and compact in its design, making it very easy to carry, sometimes more so than contemporary small instruments. This has now made it quite popular in modern day hip-hop. 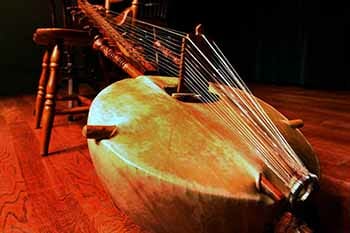 An extremely versatile instrument, the Kora finds itself quite deeply rooted in African culture. Indeed, with its use in singing, reciting poetry, and storytelling, the Kora seems to be an important piece of Africa itself.

Another stringed instrument, it is made from calabash and stretched skin and is reportedly so versatile that in English, it can only be described as a ‘double-bridge-harp-lute’. Wow.

Even more impressive is the fact that it has now been around for over 5000 years! Which means even Cleopatra must probably have known how the Kora sounded, as it was very prevalent throughout the continent then. Even now it is found in a lot of variants, such as the ngoji, the gonje and so many more.

We now take a break from stringed instruments, to move on to another idiophone. More specifically, we’re talking about the singular set of drums found in the Igbo community of Africa, the Ekwe.

The Ekwe is perhaps the best example where the Do-It-Yourself nature of the continent shines through: it is nothing more than a hollowed-out chunk of a tree, stripped of its bark and with rectangular slits on top. And yet, it produces the most wonderful, sonorous beats that can fill up any room. It is also, like many contemporary instruments, ridiculously easy to play.

Another prevalent instrument, it goes by mukoku in the Congo and kolokos in the Guinea, and has taken on basically any shape and size required as per the genre of music. 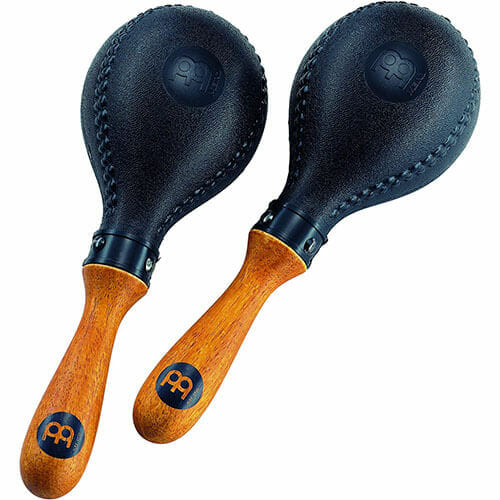 Can a case ever be made that any other African instrument has had more of an impact on world music than the Maracas? With the overwhelming effect it has had on pop culture as a whole, one highly doubts it. After all, it has seeped into pretty much every aspect of entertainment as a whole, let alone music.

And, as is the norm with the instruments in this list, it has rather humble origins as well. It started off as nothing more than a couple of gourds with either seeds or stones inside them. And look where it is now, a polished instrument capable of producing an array of sounds simply based on how it is shaken; a mere toddler could master its use. 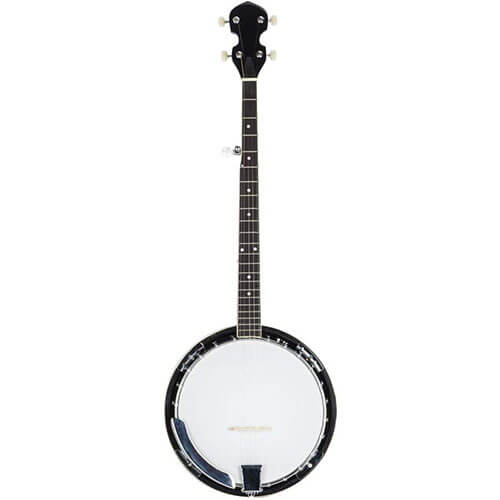 Another hugely popular instrument within the continent, the Akoting is credited with being the sole ancestor of what we now know as the banjo. Despite being stripped down, almost skeletal in its design, the Akoting shares far too many similarities with its modern-day counterpart for this theory to be discredited easily.

In fact, the most appropriate way to describe it would be to call it a more slender, rustic banjo, having three strings and a simple, almost unpolished wooden body. A very fitting disguise for an instrument that played an important role in folk music around the world, one must say.

The Uhadi Bow is a bit of a grandiose misnomer for this instrument, considering that it is little more than a single brass cord strung across a wooden stick. Then we consider how its simplistic, tinkling sound has contributed to shaping the musical heritage of Africa, and its name appears more justified by the second.

The contraption is the prefered instrument of the mighty Xhosa tribe, consisting of over 8 million people, who’ve helped hone its structure and sound over hundreds of years. During this time, it has evolved to contain a calabash gourd, a critical piece in creating its fabulously unique sound.

Having such massive backing has also helped proliferate it among sub-Saharan cultures such as the Venda, Zulu, Solo and Tswana. 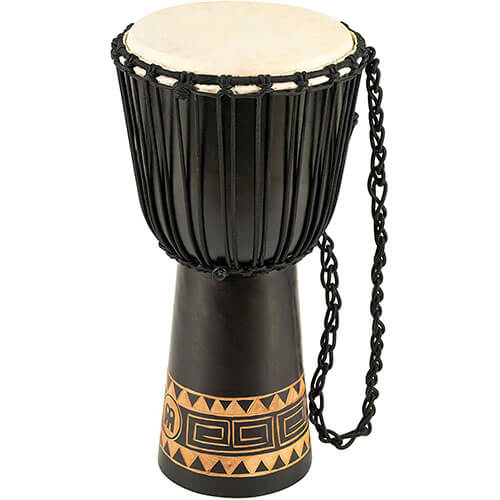 The Djembe possesses quite a unique shape, so much that it can be mistaken for a rather ornate goblet at first glance. But then again, that is the only similarity it has with it.

Having a very finely cured leather skin over its opening, the Djembe is tuned with the help of up to three ropes across its diameter, adapting it to the performer’s style. Many a time these ropes are adorned with traditional African beads, reflecting and paying homage to the tribe or the culture the performer is from.

Just like every other implement on here, the Djembe too has a rich heritage (is it any surprise?), having been found to be originating from the Numu, a caste of blacksmiths from within the Mandinka tribe. It was only in 1230 AD, however, that it received widespread patronage as it rose in popularity alongside the Malian empire. Now, it is most used in the coastal regions of Cote d’ivore, Ghana and Gambia. 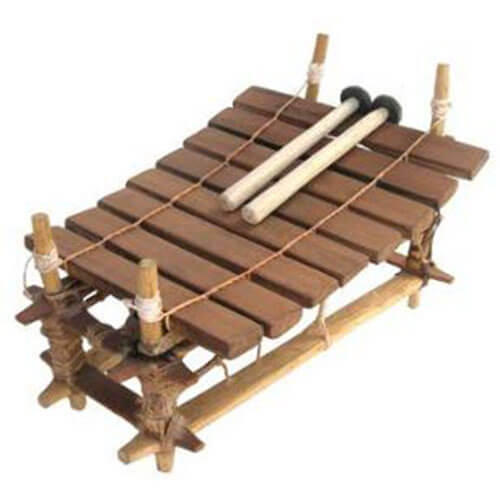 This is one of the more unusual looking instruments on this list, but rest assured, the Balafon, coming all the way from Ghana and Burkina Faso, actually bears close resemblance to a very common contemporary: the Xylophone.

Indeed, alongside the Marimbulla, the Balafon is said to have brought about the development of the modern day xylophone, and it is easy to see why. It is, after all, a percussion instrument that has wide, wooden keys across the length of its body. This is then played using mallets with gum rubber ends, just like a xylophone. So far, so good.

The exciting part, however, is that the sound is produced through massive gourds underneath each key, with the result being music that echoes and sounds hollow, but is amazingly melodious at the same time. 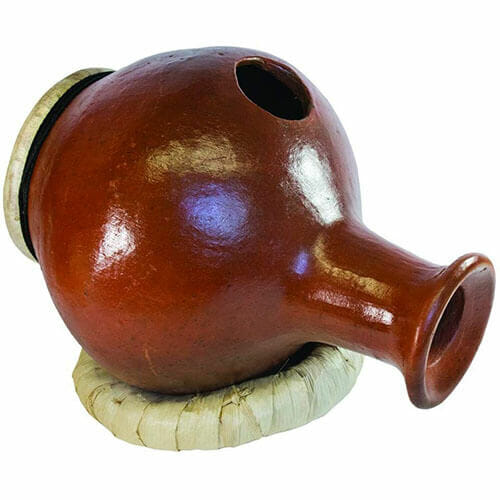 And here we have rounding off this list, one of the more bizarre instruments ever seen, structurally speaking. Of course, there is little defence against that, when the apparatus itself is this weird combination of two odd sized clay water jugs conjoined in the middle, with extra holes in them.

Yet, their design, as outlandish as it sounds, makes a lot of sense when you consider their origins.

Apparently, the Udu is another machination of the Igbo tribe, this time exclusively thought up by the women. Being more than a few centuries old, its use began after a few women thought to put up their empty jugs together and smack them with the palm of their hands. Much to their amazement, it began producing a sound roughly like the one a water droplet makes when it hits the ground.

Excited, the women knew they were clearly on to something, and worked on it, gradually perfecting both the sound and the design.

In the modern day, though the Udu is no longer as well used as it once was during its heyday, again during the Malian empire, it is still tremendously popular within the continent itself, especially in Nigeria, where it originated from. The Udu continues to delight with its unorthodox shape and a sound that could never be duplicated.

And there you have it, ten of the most fashionable instruments from the undiscovered continent on the world scene, currently. Of course, this list is barely scratching the surface, considering the veritable thousands of instruments it has produced since the dawn of humankind.

Then again, with the sway that music has on our lives, how it affects us in every aspect of our existence, perhaps it is a very fitting legacy to have: Africa is, undoubtedly, the land of music.