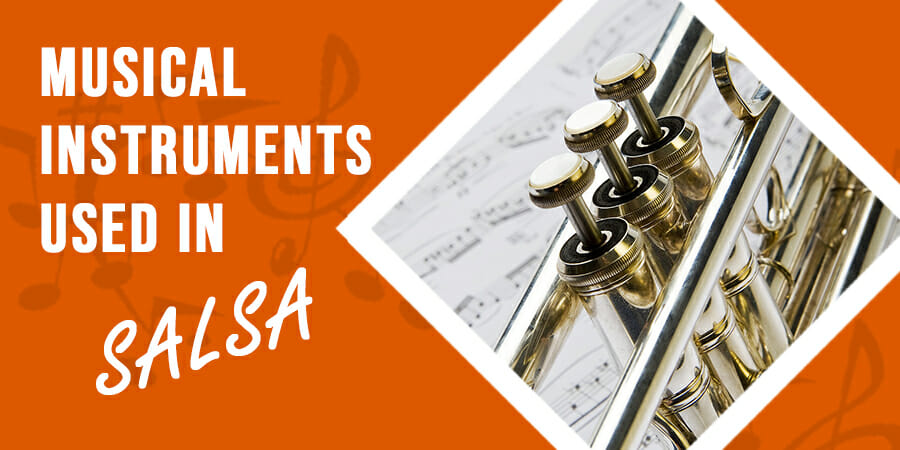 Salsa is one of the most popular dance music genres around the world. It rose to prominence in New York City in the 1960s and is an exciting fusion of several Afro-Cuban music genres such as cha-cha-chá, mambo, guaracha ad many others.

New York was already familiar with Cuban music since the 1940s with the influx of Cuban migrants. It was in the 1960s that Salsa, which means sauce in Spanish, was used as a musical term and had its own identity.

Bongos are arguably the most popular Afro-Cuban drums in the world. Experts believe that African slaves introduced them in the eastern regions of Cuba in the 19th century. Now, they are an integral part of many Cuban music genres and are a critical component of their Americanised versions, including Salsa.

Bongos are pairs of round drums which are quite smaller than Congas or other drums. The player holds the drums in his knees and plays using his hands. Bongo players are called bongoseros, and some of the greatest bongoseros come from Cuba.

The drums usually are of different sizes, and the larger drum is called the hembra or female while the smaller the macho or male. The drums are typically 8 inches tall and their diameter ranges from 8 to 10 inches.

They were introduced to the US by Puerto Rican and Cuban immigrants, many of whom formed Jazz clubs. These musicians led to the rise of modern Salsa music in America.

Claves are a type of idiophone that is one of the most crucial instruments in Salsa and many other Latin American music. They are basically a pair of hollow wooden sticks that produce a bright clicking sound when struck together. The original claves used to be made from rosewood or ebony, while the modern claves are made from plastic or fibreglass.

Different players use different techniques to produce sound. However, the basic principle lies in letting one or both of them resonate. The players hold one of them, called the resting clave in his non-dominant hand and strikes it with the other one much like a drumstick.

Despite being heavily used in Salsa and similar music, Claves have also been used by many Classic rock artists over the years. The Who and the Beatles are the most popular among them.

Congas are a kind of drums that has its roots in Africa. They are also known as tumbadora and one of the most widely used instruments in any Cuban music, including Salsa. They get their name from the genre Conga, which is a Cuban ethnic genre. Their shape is similar to elongated barrels and is typically made from wood.

There are three types of conga drums. These are Quinto, which is the lead drum and the tallest, the tres dos or tres golpes, which is the middle drum, and the Tumba or salidor, which is the shortest of them all.

Usually played by hands and the player can produce different types of sounds by changing the area where to hit. The central part produces a deeper sound while the edges produce a more muted tone.

Many Salsa and Rumba players use a variety of techniques for pitch bending. One of the most common methods is to use their elbow to apply pressure to different parts of the head.

Timbales or pailas are a pair of drums that are played by sticks rather than hands. They are a type of shallow single-headed drums with metal casings. Unlike most Cuban percussion instruments that originated in Africa, Timbales have their roots in Spain.

Timbales is the Spanish word for kettle drums, and initially, they were used by military or street bands before being used by dance musicians. Along with congas and bongos, timbales form the holy trinity of salsa drums. Nearly all of the modern Salsa bands use all three types of drums in their music.

Timbales are typically much more shallow than the other two types of drums, and the tempo at which they are played is quite fast. This is the reason that many drummers perform some of the best drum solos on timbales. Many rock bands also used timbales in their music.

The trumpet is probably the instrument that most of us have heard of. They are not a typical Latin American instrument like others in this list. However, they are essential in Salsa. As Salsa is an evolved form of Jazz, and trumpets are one of the primary instruments of Jazz, they became a part of Salsa as well.

The basic principle of playing the trumpet requires blowing air into the mouthpiece and altering the sound by pressing the valves by your fingers. The use of trumpets or similar instruments can be found in civilisations in ancient China and Egypt.

Marimbula is another unique instrument which resembles a modern beatbox in many ways. It is a wooden box which is large enough so that the player can sit on it. This box has a sound hole in the centre and metal strips attached to it. The player tunes these strips to his preference and sound is produced by plucking them.

The marimbula is not a dominant instrument. This means that it is generally used to provide harmonic and rhythmic support to the rest of the music, much like a bass guitar.

Marimbula was introduced to Cuba by African slaves, and it soon spread to the rest of Latin America and the Caribbean. Besides salsa players, it is quite popular among many Jamaican musicians.

Guiro is one of the most distinctive instruments that you will ever come across. The modern guiro is made from fibreglass while the traditional one used to be made from a dried-out gourd. Parallel notches are engraved on a side of the gourd and the sound is produced by rubbing a stick or a metal rod on these notches. This creates a ratchet sound and it is something that you will never hear in any other type of music.

The guiro is not an integral part of Salsa music, however, it is used by many musicians to give a more Latin American touch to their music. It is usually the singer itself who plays the guiro.

The history of Guiro is clouded in mystery; however, many believe that it has Aztec or African roots. From there it was incorporated into many Latin American genres. It has found its way to the US along with the Cuban and other Latin American migrants in the 1900s.

Cowbells, also called cencerros, can trace their history to shepherds and herdsmen who used it to track the whereabouts of their cows. They underwent a plethora of radical changes, and now they are used in many different types of music, including Salsa.

The modern cowbell is made from hard metal and produces sharp rhythmic sounds. The player hits the bell with a wooden or metal stick and the sound varies depending on the part of the bell that is being hit. It is an add on other instruments in Salsa, very similar to icing on a cake.

Most cowbell players two cowbells of different sizes to add a little variation to their sound.

Bojijuela or Bunga or Botija is a type of aerophone. It is a potbellied instrument which is made from clay and has a short slim neck. Itis used primarily to add bass to the music.

To use it as an instrument, the musician carves out a hole near the neck on the side of the vessel. The musician then places this mouth on this hole and blows air into it, producing a deep double bass sound in the process.

Botijuelas are some of the most traditional Cuban instruments that you can find. Despite their use being declined these in Salsa due replacement by the Double bass, they are still part of Cuban heritage and held in high regard.

Maraca, which is also known as chac-chac or the rumba shaker, is a rattle or shaking instrument that is a part of many Latin American music genres. Besides Latin Americans, many native American and other tribal people also used similar instruments in their music.

The traditional maraca used to be made from dried out gourds to which a handle was attached for better grip. Then a few pebbles are placed inside which are rattled to produce the sound. Modern maracas are made from leather, wood or plastic, and the use of gourds has declined over the years.