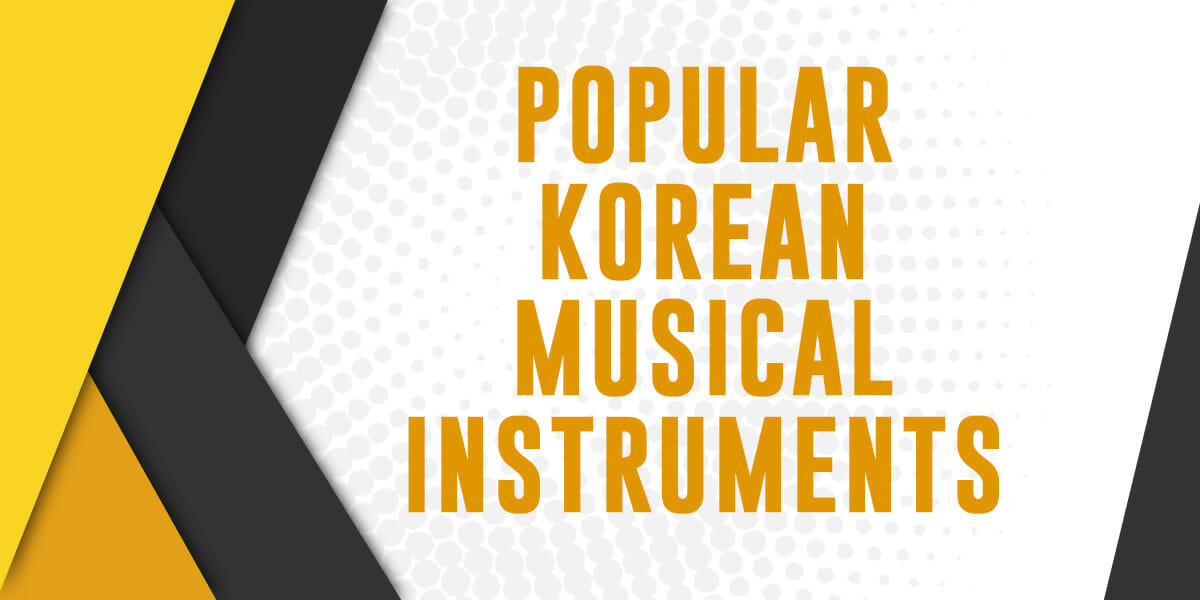 The Korean culture is replete with musical traditions and ancient instruments, kept alive even today by the spirit of the local people. These musical instruments are handcrafted using natural materials and indigenous processes. Let’s find out more about some of the most cherished musical instruments this land of morning calm.

There are many types of flutes played in traditional Korean music, and Daegeum is probably the most popular one of them. It is a transverse flute with a deep buzzing sound.

This bamboo flute is made in two sizes. The large-sized flute, called Jeong-ak Daegeum, measures about 90 cm in length and is played in classical and aristocratic music. The smaller Sanjo Daegeum is about 75 cm long and is often played in folk music. The Daegeum has a total of 8 holes, out of which 6 are finger-holes, one hole at the top is for blowing, and a hole at the bottom is for tuning.

The Korean folklore deems the Daegeum as the harbinger of peace, harmony and wellness. In the year 1971, the South Korean government proclaimed the Sanjo Daegeum as intangible cultural property. The Daegeum is highly appreciated in contemporary Korean music including film music and background scores. It can be heard being played by solo artists as well as a part of a musical ensemble.

The term Piri is used to refer to a category of small reed flutes made of bamboo. It is believed that the instrument originated in the Middle East and was brought to Korea.

Based on the style of music, there are three versions of Piri – Hyang, Se and Tang. The Hyang Piri is usually chosen for concerts owing to its sharp and clear notes. The Se Piri is smaller and thinner in form, but bears the most impact in terms of expression. The Tang Piri having originated from the Chinese Tang dynasty is much thicker than the other two variants.

The Senap is a metal trumpet with a wooden reed. Its origin and popularity in Korea can be traced back to the 13th century, much later in history than the advent of the Piri. Initially, the Senap was played by the military bands and gradually percolated into the folk music culture.

Nowadays, the Senap is played in the seasonal harvest celebrations by the rural folk. There is a popular belief among the Korean farmers surrounding this musical instrument. If the tone of the Senap sounds cheery and joyful, the harvest is likely to be good and if the sound is mournful, the opposite holds true. The Senap’s powerful and soulful renditions have also been well incorporated in orchestras. 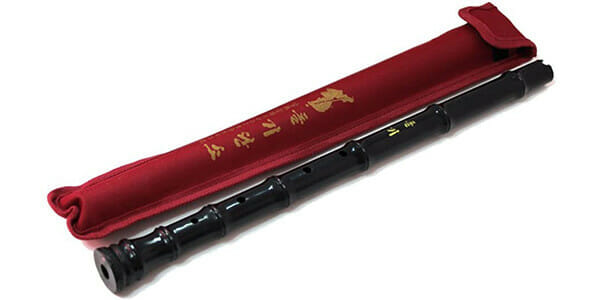 The Tanso, also referred to as Danso, is a vertical flute with smooth and graceful notes. The name is actually derived from a combination of the two words – ‘Tan’ meaning short and ‘So’ meaning flute. It is believed that the Tanso was adopted from the traditional Chinese flute somewhere around the 15th century.

The Tanso is easy to learn and play. It is also used in Korean primary schools as a teaching aid. Usually, it is made of bamboo, but contemporary versions made of synthetic resin have also become commonplace. The basic Tanso has been improvised for professional musicians with the option of tuning. The new-age Tanso blends beautifully in the symphonies of contemporary compositions. 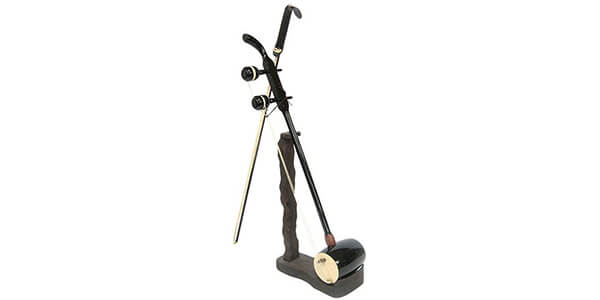 The Haegum is a contemporary bowed stringed instrument. It is regarded as authentically Korean despite its resemblance to Chinese string instruments. It is believed that the traditional form of the Haegum has been an integral part of Korean culture since the prehistoric era.

The Haegum is a delicate fiddle with a narrow neck and a hollow sound box at the base. There are only two strings on the instrument, made of pure silken threads. The bow is made of bamboo and horsetail hair. Brilliant compositions have been made on this simple instrument expressing deep emotions of joy as well as mourning.

The Yanggum is a harp-like instrument played with a wooden pluck. It is believed to be of European origin and was brought to Korea only in the 18th century. Unlike the other string instruments from Korea, the Yanggum does not have silk strings. The strings are made of steel and can play all 12 tones and up to 26 major keys. There are 14 sets of 4 thin strings on the Yanggum which create clear distinct notes.

The Yanggum is widely played in concert music due to its distinct rhythmical style. The modern Yanggum may also be accompanied with a sound buffering pedal for a heightened impact.

The Kayagum or Gayagum is a string instrument that resembles the Japanese Koto. This massive musical instrument measures about 5 ft in length. Traditionally, the instrument is made of a convex soundboard with 12 silk strings. Modern instruments are known to have 19 or 21 strings for enhancing the range of music. The music can be tuned with the help of adjustable wooden bridges under the strings. The Kayagum is played by plucking at the strings with bare fingers.

The music from Kayagum is uniquely expressive and resonates with the distinct character of Korean music. The Koreans value the Kayagum as their national instrument. 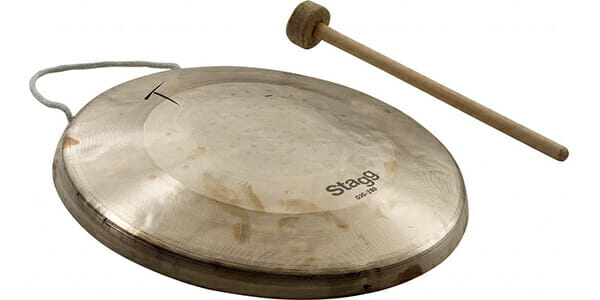 The Jing is a percussion instrument belonging to the gong-family. It is made of brass. The size of the Jing varies based on its use. A small-sized Jing which measures about 37 to 38 cm in diameter is played by the farmers in the countryside and folk music. The small Jing is also played in shamanic and Buddhist music. The larger Jing is played in formal court music.

The instrument is played by striking the surface with a soft mallet. Fascinatingly, the Jing can be played for mellow or loud tones depending on the force with which the instrument is struck. The Jing is used as a low-pitched rhythmic accompaniment to dancers and folk music performers.

The Janggo or Janggu is a traditional Korean drum that is shaped like the hour-glass. The body of the instrument is made of wood and the drumheads on either side are covered with stretched animal skin. The drummer strikes one side of the instrument, his palm creating low tones, and the other side with a bamboo stick creating high tones.

The Bak is a simple fan-shaped clapper made of wooden boards united at one end with a leather cord. The instrument is made of 6 pieces of birchwood. In order to create sound from the Bak, the wooden pieces are spread and closed repeatedly.

The Bak is often played by the conductor of the orchestra or ritual. The sound from the Bak usually marks the beginning or closing of the musical performance. Sometimes it is also used for signaling a change of rhythm.