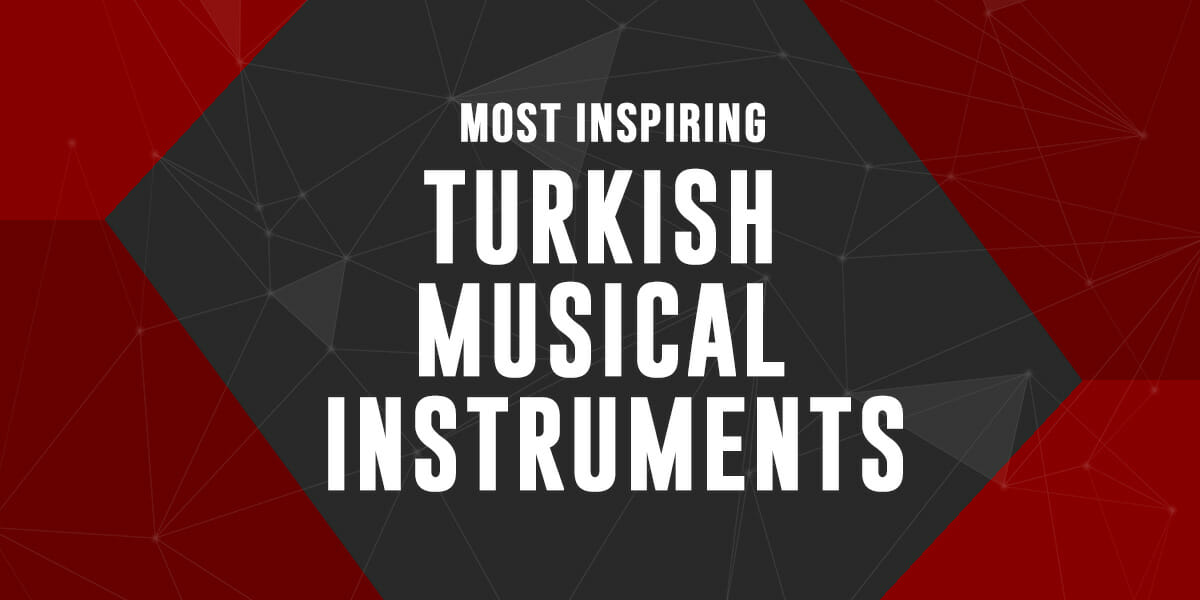 Walking across Istanbul’s old cobble-stoned lanes, you can find many shops selling traditional Turkish musical instruments. These shops are brimming with the magic of ornately handcrafted lutes, flutes and drums.

When music is all you dream about, the sight of new instruments always stokes the fire within. The unfamiliar tones of these musical instruments originating from the rich and diverse Turkish culture are sure to set you off on an unparalleled musical adventure. 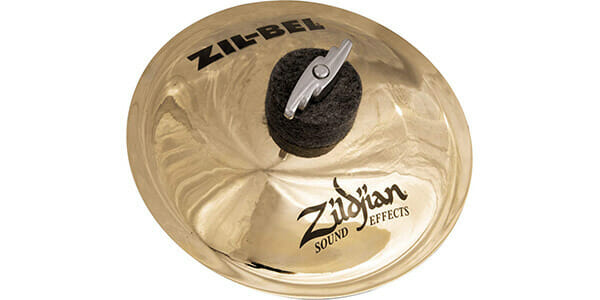 Turkey is among the world’s leading producers of Cymbals. Cymbals, called ‘Zils‘ in Turkish, are thin metallic discs that produce indefinite notes when clashed. Cymbals have been made and played in Turkey since the 14th century! In the historic times, they were played for the Turkish army’s march. Today Cymbals are known for the iconic crashing sound of heavy metal bands.

Centuries ago Cymbals were only tiny brass discs to be held between fingers and clashed. You can still see these discs being played by Arabic belly dancers. The Turkish manufacturers have applied their innovation and zeal to these small discs, and the Cymbals we actually see in world-music today are large-sized discs made with complex metallic alloys.

It is believed that the genius craftsman named Avedis, an alchemist hailing from Istanbul, was the forerunner of modern Cymbals. He discovered an alloy in 1623 for making specialized Cymbals that could resonate exceptionally loud and clear, unlike ever before. The alloy has a secret formula and process known to traditional Cymbal–smiths, a technique that yields the large-size, high-resistance and unmatched resonance to the Turkish Cymbals.

Till this date, Istanbul remains the Mecca of the world’s top drummers and musicians who visit the local factories and workshops for their choicest handcrafted Cymbals. 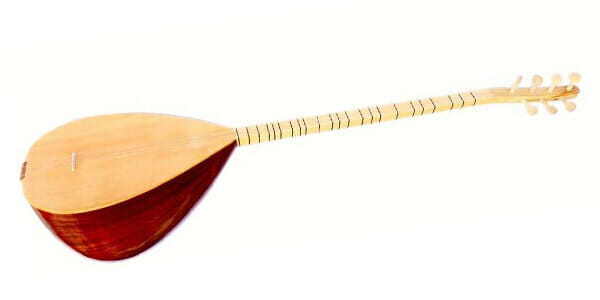 Saz is the soul of Turkish music. Most of the Turkish folk can play Saz, even if they weren’t trained formally in music. In fact, you will find amicable Saz–players playing live at cozy coffee shops and gatherings at the town squares.

There are many kinds of Saz in Turkish music; one of these is the Bağlama. Because Bağlamas are the most common Saz played in Turkey, the terms Bağlama and Saz are often used interchangeably.

The Bağlama is a 7-stringed lute with the strings arranged in sets of two, two and three. The bowl or the main body of the Bağlama is made of wood. The wood used may be mulberry, juniper, walnut or spruce. The long neck of the lute is called ‘Sap’, and has the tuning pegs. The Bağlama looks much like the Spanish guitar, with the only difference that the lower body of the Baglama is shaped like a bowl. The player holds the Bağlama just like the guitar and plucks at the strings using a plastic or wooden pick, called the ‘Mizrap‘ or ‘Tezene‘.

It is believed that the Bağlama is an adaptation of the very ancient instrument Kopuz. The royal court muses and entertainers used to play the Kopuz. Some wandering Turkish minstrels popularized it among the folks too. Even today, people hold Bağlama contests where they play the instrument in the style of court minstrels, with bold, satirical and spontaneous songs and compositions.

Modern Turkish musicians have evolved the Bağlama into an electric instrument that can be connected to an amplifier. It is like a fusion of the classic Bağlama and the electric guitar, a concept very appealing to western musicians as well as Turkish pop bands. Of course, the sound changes considerably, but the artist is able to extract delightful energetic tones from the electric Bağlama. If you are also keen on learning how to play this instrument, you could find trainers online.

The Kanun is believed to have Arabic origin. The history of Kanun goes back to the time before Christ. There is a mention of the instrument in the Arabian Nights. A handmade artisan-quality Kanun is worth admiration. Some Kanuns are built with 78 strings and are as large as a small table.

Indeed, it takes immense skill to master an instrument like Kanun. Virtuosic compositions on the Kanun can stir the depths of the human soul with beautiful symphonies. There isn’t a doubt that Kanun is regarded as the empress of all instruments.

The Kanun in its original form had gut strings, and in order to tune the sound, the artist had to press on the strings with one hand, while plucking on them with another. The Kanun in its modern form comes with nylon strings and tuning pegs. 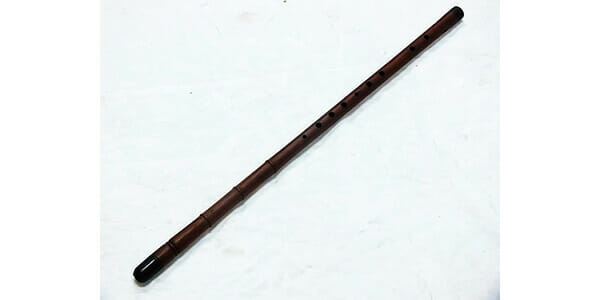 The Kaval is a flute that is a popular instrument in folk music. The word ‘kaval’ is derived from the root word ‘kav’ which means hollow. It is also known as the shepherd’s flute because it is believed that mountain shepherds used to lead their sheep with the enchanting music played on the Kaval.

Nowadays, Kaval is usually a part of an orchestra and instrumental music groups and adds mystical charm to the harmony.

The flute can be made of wood, bone or brass, but most commonly it’s made of plum wood. Its length varies from 30 cm to 80 cm, with 5 to 7 finger-holes across the length. 13 sizes of Kaval are predominantly recognized in Turkish music. The Kaval may be made with or without a whistle.

Kavals are convenient and the skill to play this flute can be picked up easily. Since the Kavals are also quite affordable, they are a popular choice of Turkish souvenir.

Owing to its narrow and light-weight design, the Black Sea Kemençe can be played either in sitting or standing positions. The player can sing or dance while holding the Kemençe.

The instrument is used for leading folk dances and celebrations in the Black Sea region. The sound from the Kemençe is mostly melancholic but has a distinct sound and temperament. As such, the instrument is also included in orchestras and classical music groups. 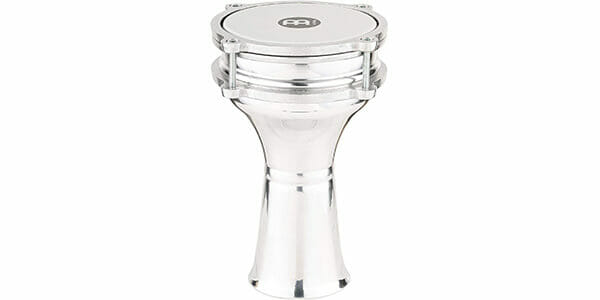 The Darbuka is a percussion instrument shaped like a goblet. Similar drums are found in middle-eastern and African cultures.

This instrument was very popular in classical music from the Ottoman Empire. Originally, the main body of Darbuka was made of baked clay and animal skin was stretched on the top to form the drumhead. Intricate painting and ornamentation were also done on the body. These days more convenient materials like iron, aluminum, plastic and fiberglass are used for fabricating the body of the instrument.

The loud thumping beats of the Darbuka are used to provide rhythmic accompaniment in classic and religious music. Experienced musicians can create more than 50 different sounds by tapping on the Darbuka with both hands. 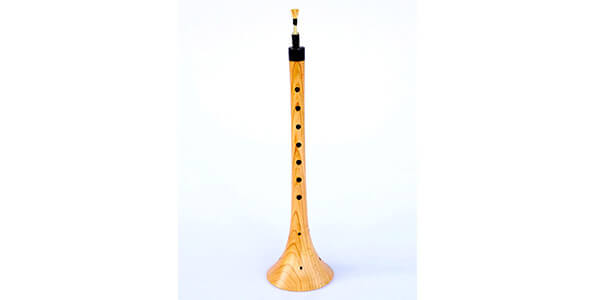 The Zurna is a loud shrill wind instrument. The high-frequency sound from Zurna makes it difficult to be used in musical collaborations. This is the instrument you would hear often during local weddings and festivities in Turkey.

The Zurna comes in varying sizes ranging from 30 – 60 cm. Unlike the common flutes, the Zurna is funnel-shaped at one end. Originally, Zurna used to be made of reed, but gradually metal versions were added. 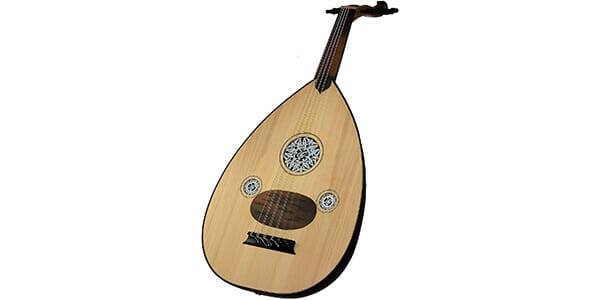 The Ud or Oud is considered to be of authentic Turkish origin. In fact, it is believed that the Arabs took the Ud from Turkey and spread it around the world through their music. The Turkish Ud is slightly smaller than the Arabic Ud.

The Ud is considered the emperor or ‘sultan’ of Turkish musical instruments. With tightly wound strings, the Ud creates sharp bright musical notes. It has a bowl-shaped soundbox and a short neck bent backward. There are no frets at the neck of the instrument and this allows for playing a variety of pitches on the instrument.

Ancient Ud strings were made from catgut and silver-plated silk threads. Modern Ud strings are less exotic and made of nylon threads. But the rest of the ancient design has remained intact, including an ornamental wooden rose on the sound-hole.

Neither the size of the instrument nor the number of strings is standardized. That’s why the music shops in Turkey seem to be flooded with a variety of Uds, inviting curious musicians to a breathtaking selection. A musician can only know the best suited Ud from the rest by strumming at the chords. 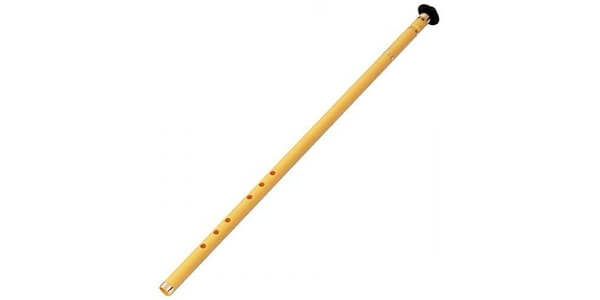 Do you know how old the oldest Ney relic is? The oldest Ney displayed at the Philadelphia University Museum dates all the way back to 2800 BC! The Ney is believed to have been in the Turkish musical sphere for thousands of years. It rose to fame as part of the Islamic music movement in the Ottoman Empire. The Ney is considered to be the essence of mystical and soulful Sufi renditions.

The Ney flute can easily be distinguished from other flutes because of its distinct sound. In the Persian language, the word ‘ney’ translates to reed. You would have guessed already, that the Ney is made of reed. Persian Neys are similar to the Turkish Neys except for the number of finger holes on the flute. The Turkish Ney has six finger holes plus one hole for the thumb. Another distinguishing feature of the Turkish Ney is a headpiece at the top. The headpiece is made of animal horn and it is called “Baspare”. The Ney is made from reed in sizes varying from 50 cm to 90 cm. In order to play the Ney, the musician places the Baspare close to his mouth, presses his lips against it, and blows through it. The sound from the Ney is a smooth flowing tune, very pleasant and refreshing.