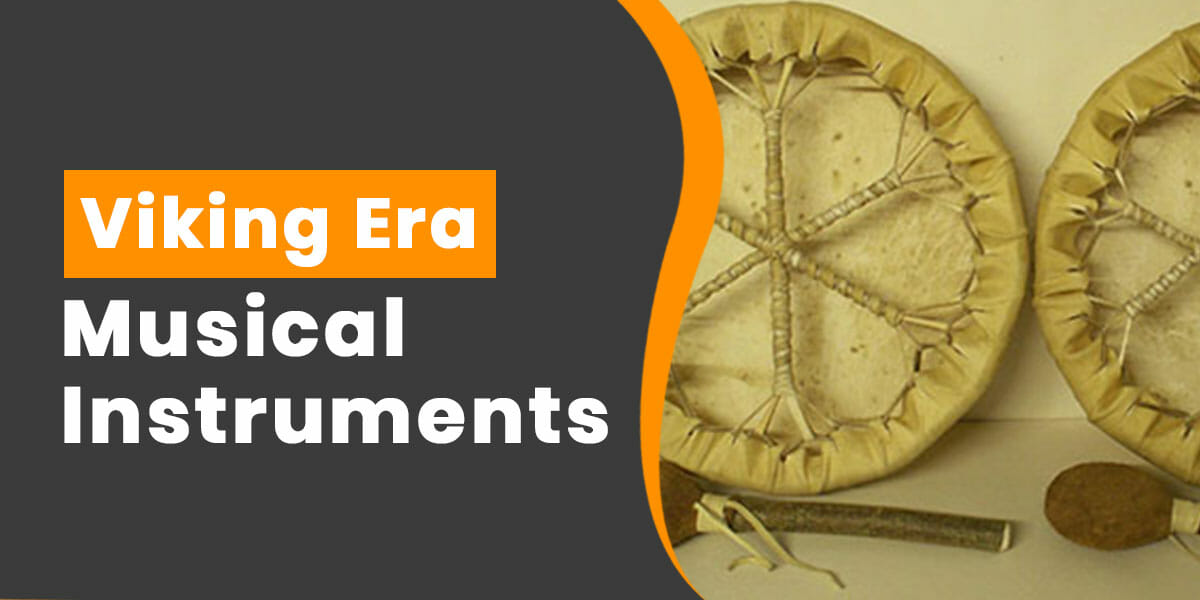 Vikings are predominantly known for their brutal nature. However, they were patrons of music and used to give high importance to it. Archaeologists have discovered numerous pieces of evidence of musical instruments from the lands inhabited by the Vikings.

In this article, we’ll introduce you to 10 Viking Era Musical Instruments That Were Played By The Vikings.

These instruments were all the rage back then and each one had a different purpose.

So, without further delay, let us begin. 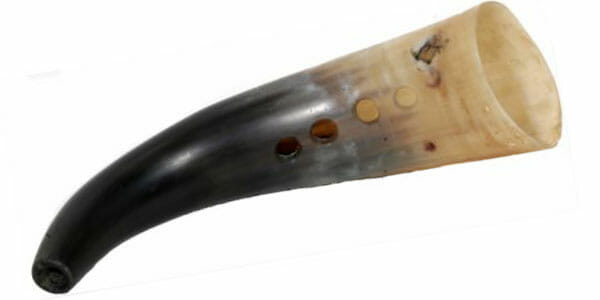 The horn is probably the most iconic ancient musical instrument. It was used by many civilisations, however, the Viking version was made from either the horns of a cow or a goat. These horns usually had a bunch of holes (4 or 5) in them, similarly like a flute. Horn players could cover different holes using their fingers to produce different notes.

The length of the horn was variable as it ranged from small to awkwardly long. Several archaeological evidence have been found throughout the areas inhabited by Vikings.

A very famous and well preserved four-hole cow horn survives from Västerby in Sweden. Another five-hole cow horn was found in Konterud in Värmland.

The horns were one of the most widely used and popular instruments at that time. Horns were also associated with the Norse god Heimdallr, which further stresses on their popularity. 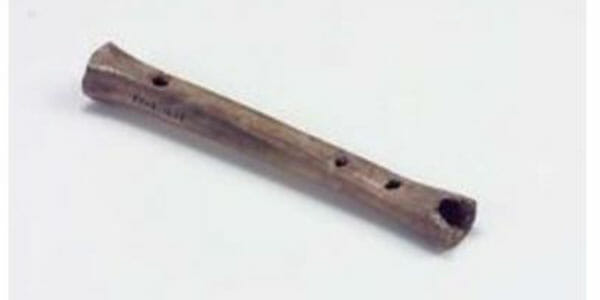 Just like the horn, the flute was a favourite musical instrument used by the Vikings. It is one of the most ancient instruments and has been a part of many civilisations over the past centuries. Numerous flutes have been excavated from the areas where Vikings used to live.

Unlike modern flutes, the Viking flutes were mainly made out of animal bones. They used leg bones of cows, sheep, deer or large birds. These flutes resemble modern bones in many aspects and they work on the same principle.

One of the most exciting archaeologically preserved bone flutes was found in Birka which lies in modern-day Sweden. This sample is from the 10th Century and is even playable today. 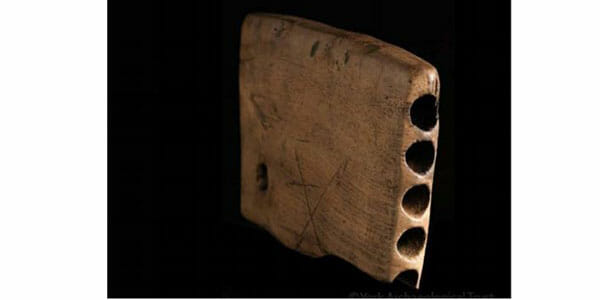 A panpipe or a pan flute is another musical instrument that many ancient cultures used to entertain themselves. Usually made out of bamboo or similar hollow wood, it produces sound when air is blown into it at varying intensity.

There is much debate among historians regarding the popularity of pan flutes during the Viking age due to the limited number of artefacts that have been found. However, it is widely accepted that Vikings did use some form of pan flutes which were different from the ones that are popular in other parts of the world.

Archaeologists have discovered a Viking pan flute after excavating a site near York, England. This piece is believed to be from the 10th century AD. This particular piece was made out of boxwood slab and holes were bored into it at different depths so that each hole produces a different sound. It is believed that this pan flute worked quite similarly to a modern-day harmonica. 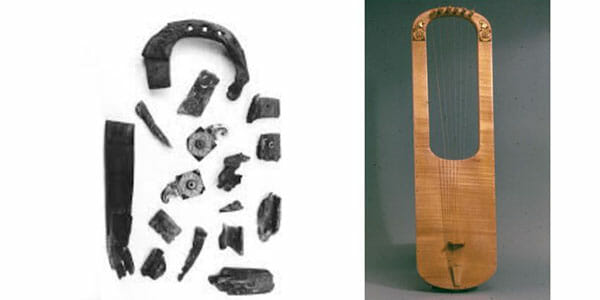 The Lyre is very similar to a harp but is significantly smaller. It was mostly made out of an oblong or oval-shaped wooden frame with strings attached inside. The strings were made out of sheep guts and the number of strings ranged from five to seven.

Remains of several types of Lyres have been found scattered all across Scandinavia made from different kinds of wood. Vikings were not the only people who were keen on playing the Lyre. Many other European cultures including several Germanic tribes were also Lyre players. 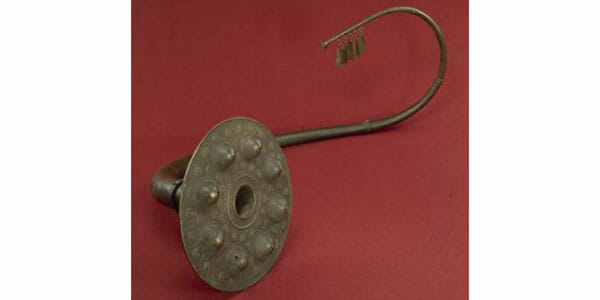 The Lur is arguably the most commonly used Viking musical instrument. This is because of the sheer number of them that have been discovered till now. Numerous Lurs have been found in Viking longboats and burial ships which clearly indicate that they were used quite frequently by them.

The Lur is a trumpet-like instrument, whose function is debated among the historians. Most historians agree that it was used for many other purposes other than musical ones. It is believed that the Lur was used during wartime to rally the troops and intimidate the enemy. Some believe that it was used by shepherds to call their livestock, while others speculate that it was used in religious ceremonies.

Lurs were mostly made out of wood or bronze and came in different lengths which could be more than 1 metre in some cases. The wooden versions were made out of hollowed-out pieces of wood that were stuck together with willow bands. While the bronze versions were more elaborate and highly decorated. 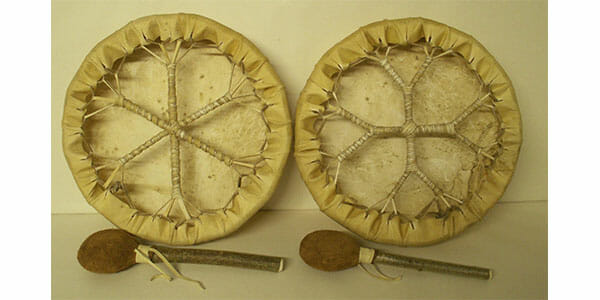 Although there is little or no archaeological evidence of Viking drums that survives to this day, it is widely accepted that Vikings did use drums. It is because drums are some of the most primitive musical instruments that have been around for thousands of years. Civilisations that were much older and far less advanced than the Vikings have used drums. So there is nothing wrong to assume that Vikings were also drum players during their time, however, their drums have not survived the centuries.

Historians believe that drums could have been used for religious or musical purposes. They also believe that the Viking drums could be closely related to Celtic drums or the drums used by the Scandinavian Sami people. These drums were usually made out of a wooden frame which was supported by crossbars. Then an animal skin, usually goat or sheep, was stretched on top of the frame to make the head. 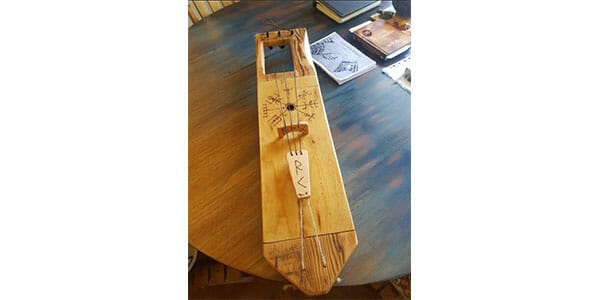 It is still used in many Nordic countries including Finland and Estonia. They were first mentioned in the ancient Eddic poem Völuspá. Tagelharpa is one of the lesser-known Viking instruments and is something that only certain sections of their society used. 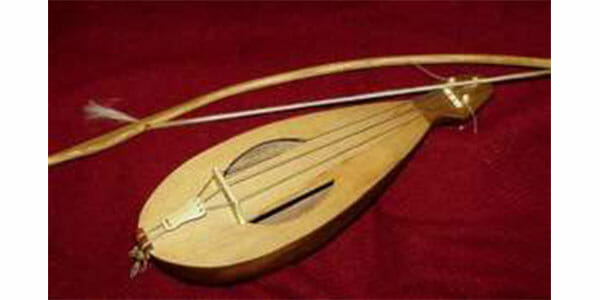 Rebec was not a traditional Viking instrument but something of an acquired taste for them. It is a stringed instrument that was popular in medieval Europe, particularly in the Byzantine empire.

As we all know that Vikings were master explorers, it is believed that they came across the Rebec during their travels to the Byzantine empire and developed a liking for it. So much so, they brought it back with them to their homeland and started making Rebecs of their own.

The Rebec is pretty similar to the Violin and is played in a somewhat similar way. However, there is a stark difference between the sounds produced by the two instruments. The rebec only had 3 strings and was used for quite a while longer, even after the decline of the Viking age. A well-preserved sample has been found in Hedeby, Denmark which dates to the late 10th century. 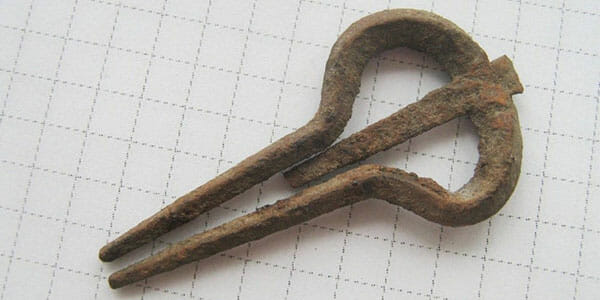 Jaw harp or jew’s harp or the Viking mouth harp is one of the strangest looking musical instruments that you will ever come across. It looks more like a tool than an instrument. This kind of harp was not unique only to the Vikings as many other cultures around the globe have their own versions of the jaw harp.

The earliest evidence has been found in ancient China from where it is believed to have travelled the world before finding its way in the music kit of the Vikings. It wasn’t the most popular of the instruments but historians believe that the Jaw harp was, in fact, one of the key instruments of certain sections of the Viking society. 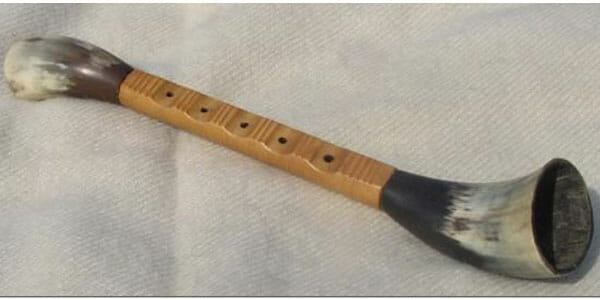 Skalmejen is one of the most mysterious Viking instruments that have been discovered till now. It looks pretty much like a flute but many historians think that it might be a part of a bigger bagpipe-like instrument. There is no agreement in the archaeological and historian community as to how this mystical instrument was used.

A semi-preserved sample was discovered on the island called Falster in Denmark, which is believed to have been used in the 11th century. The reason for the mystery surrounding the Skalmejen is that not many samples have been discovered. Another sample was found in Sweden which had a small piece of leather attached to it. This leather might suggest that it was a component of a larger instrument that used to resemble a bagpipe.