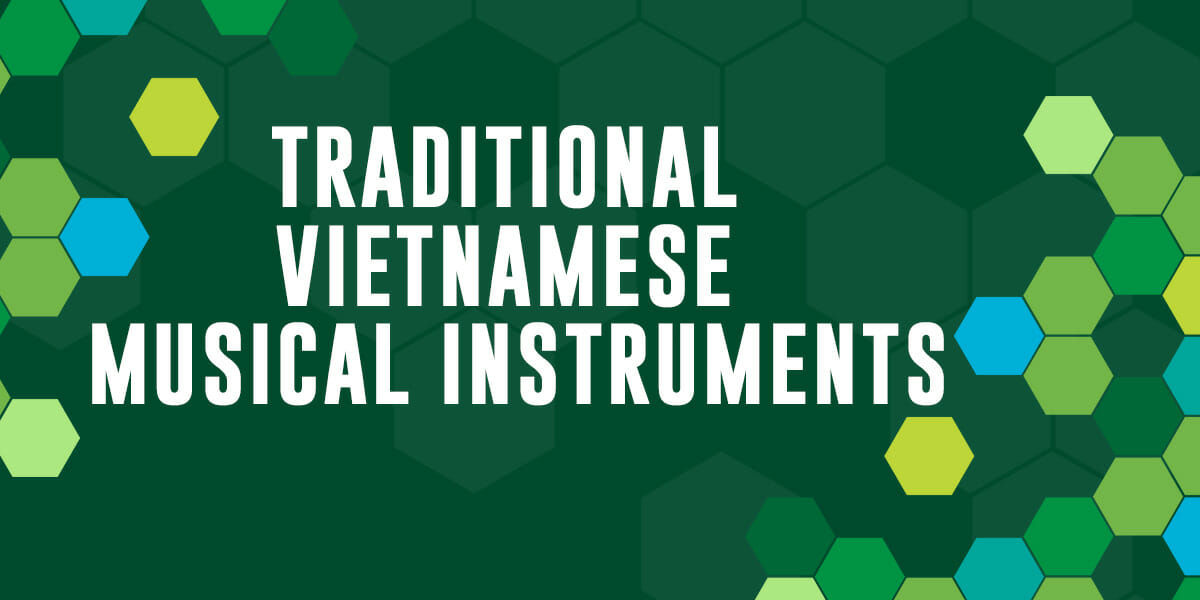 Vietnam is home to many ethnic tribes living in close harmony with nature. Music is an important aspect of the natives, connecting their faith in the supernatural to their everyday lives.

Let’s dive deeper into the repertoire of traditional Vietnamese musical instruments, resonating with the ancient culture and traditions of the mystical country. 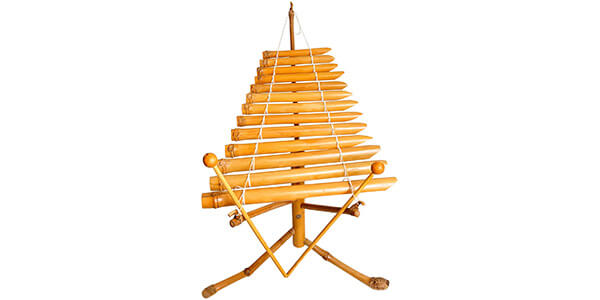 The T’rung is a percussion instrument popular among the rural population of Vietnam. The music of T’rung is considered to be of spiritual and religious importance by the ethnic tribes of Vietnam.

To understand the structure and working of a T’rung you can visualize a xylophone made with a primitive bamboo structure. The T’rung is made of several bamboo hollows of varying sizes. The short pipes yield high-notes as compared to the longer ones. The pipes are marked with notches at one end, while the other end has a sloping surface.

The T’rung is an iconic instrument of Vietnamese folk music, a medium of expression of joy and celebration. It is named after the ‘trung’ sound created when the bamboo pipes are struck. When struck in a particular order, melodious notes are created. What started as a simple instrument with 5-7 pipes has now been advanced significantly in design and performance. The modern T’rung is a complex instrument with 48 pipes and intricate sound.

The Dan Bau literally translates to mean gourd-shaped lute. A unique feature of this traditional instrument is that it has only one string, and yet it can create music on the pentatonic scale. The delightful melodies from Dan Bau instantly stir deep emotions. As the interesting folklore goes, young women are discouraged from listening to this instrument, lest the player would cast a charm. Exactly like the Pied piper of Hamelin.

The body of Dan Bau is made of wood, often bamboo and reed. Usually, artistic patterns are painted along the sides of the Dan Bau. The strings which were originally made of silk-threads have now been replaced with iron string. This has led to considerable amplification of the sound and durability of the instrument.

Today, Dan Bau is an integral part of musical symphonies and orchestras in the Vietnamese culture.

The Dan Tranh is another captivating zither or string instrument from Vietnam. It is believed that Dan Tranh was invented around the 11th century in the ancient Vietnamese capital city, Hue. Back then, the instrument was meant to be played by royal court musicians and entertainers.

The instrument is about 1 meter long with 17 strings. The soundbox is made of wood with a convex-shaped top and flat bottom. The strings are made of iron and tuned to the pentatonic scale. The wooden bridges allow for adjustments and variations of pitch.

The intricate design of this instrument is exceedingly intriguing to amateurs and celebrated musicians alike. Experienced Dan Tranh players pluck the strings of the instrument with gracefully swift motions, creating music that sounds queerly out-of-tone but characteristically harmonious to Vietnamese song tunes.

The Dan Nhi is a fiddle with a playing style similar to that of a cello, but the size is much smaller. The instrument is believed to have been introduced from China. The soundbox is rather small and the neck is very long and narrow. It is also a fretless string instrument with two metallic strings. Local people also call it the Dan Co indicating its resemblance to a stork.

Only highly skilled musicians can master the art of playing Dan Nhi. The shrill high-pitched sound from the instrument is strikingly similar to the noise made by a stork. Although Dan Nhi is often seen being played in an ensemble, some soloists have also created magnificent performances with its deep melancholic sound.

The Dan Nguyet or the moon-shaped lute is another iconic lute of the Vietnamese people. The Dan Nguyet is admired for its versatility and finds application in varied performances ranging from court music to folk compositions.

The Dan Nguyet is made of hardwood with a large flat-round sound box and a long neck with frets. The sides of the soundbox carry ornate carvings. Formerly, the double strings on the instrument used to be made with silk, but these days nylon strings are in prevalence. The Dan Nguyet has tuning pegs just like a guitar, but the strings are stretched to a loose setting as compared to the guitar settings.

The sound of Dan Nguyet is loud but mid-ranged. The theatrical-quality sound from this instrument communicates intense expressions and is often played in short tunes. The Dan Nguyet is considered appropriate for playing during ceremonial occasions like funerals and rituals.

The Sao Truc or Sao is a flute that represents the zeal of Vietnamese countryside. The music played on the Sao is believed to be influenced by nature and seasons. It is played by the rural folk in fields. These days the pleasant music from Sao is played alongside other traditional instruments in musical bands and in the Vietnamese Opera. The Sao is also played by solo artists and court music performers.

The Sao is made of bamboo pipe. Originally, the flute was made with 6 finger-holes. The 10 finger-hole Sao we see today, was made popular by modern musicians in the 1970s.

The Trong Com or the Vietnamese ‘rice drum’ is named after the tradition of tuning the drum with steaming hot rice. The Trong Com makes a deep dull sound and is played as a rhythmic accompaniment in theatre and musical groups.

The Trong Com is made of a hollow wooden cylinder with membranes on either side. The membranes are made of buffalo hide. The drum measures about 50 – 60 cm in length. The player can play the instrument while sitting down or standing upright. The player strikes on either side of the drum with his finger creating a rhythmic sound pattern. 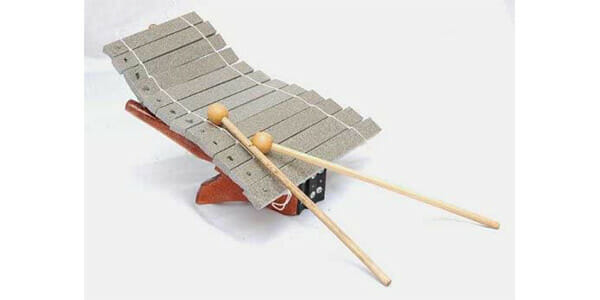 The Dan Da is Vietnam’s authentic lithophone, probably Vietnam’s most ancient musical instrument. Archaeologists have discovered ancient Dan Da which is estimated to be at least 3000 years ago.

The modern Dan Da still looks rather primitive because it doesn’t use neatly arranged tiles and cut stones. Rather, it is a simple arrangement of stone slabs of different shapes and sizes. The stones are minimally processed and this retains their genuine rugged characteristics.

A set of 11 stone slabs with high resonance are arranged in a straight line, and the player strikes the stones with a pair of hammers to create sounds. The sound is very natural and pacifying.

The Vietnamese gongs are called Cong Chieng. The popular belief among Vietnamese tribal folk goes that the music from Cong Chieng has the sacred power to communicate and influence divine powers. These mystical beliefs and deep-rooted faith has led to the recognition of Cong Chieng as an Intangible Cultural Heritage of Humanity by UNESCO.

The Cong Chieng refers to two types of gongs, one that is flat-shaped and another that is embossed at the center. The style of playing the Cong Chieng varies from tribe to tribe. The people either use a stick or hammer to bang on the gongs or play them with bare hands.

The Ken Bau is a Vietnamese traditional trumpet. The sound of Ken Bau is bold and high-pitched and only men are allowed to play the instrument. It is commonly played at all cultural and social events, be it a wedding or a funeral.

The Ken Bau is made of double reed and has 7 finger-holes along the length. Originally, the bell-part of the Ken Bau used to be made of dried gourd peels. But these days carved wood is used for making the bell-end. The instrument is made in different sizes to yield different levels of sound.