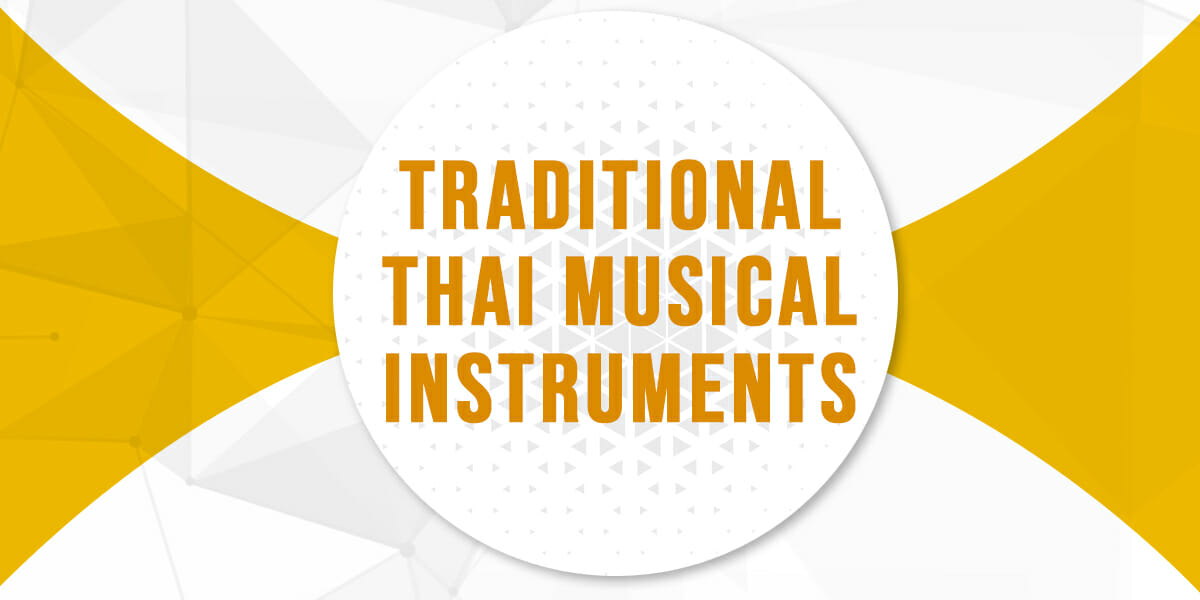 The music of Thailand is just as mystical and alluring as its pristine beaches. Thailand’s rich cultural heritage is evident through its traditional instruments which are an integral part of the folk celebrations and festivals. There are a variety of instruments that form a part of the Thai traditional music, ranging from colorful percussion instruments to simple flutes and strings. Most of these instruments are handcrafted and decorated, and reflect the ancient cultural influences.

Broadly, classical Thai music comprises of three predominant types of ensembles based on the type of musical instruments played:

The Khrueang Sai is an ensemble of predominantly fiddles, zithers and similar stringed instruments. It is believed that this kind of orchestra has been played in Thailand for the past 400 years. Flute, drums and cymbals are played to accompany the tunes of the stringed instruments of this ensemble.

The Phiphat is an ensemble of classical percussion instruments of Thailand including the xylophones and gongs. This ensemble is deemed to have laid the foundations for other Thai musical ensembles. Nowadays, the ensemble is used in traditional Buddhist rituals and classical theatrical performances.

The Mahori ensemble presents a confluence of the two former ensembles, and is played with stringed, percussion as well as wind instruments. This ensemble represents the depths of traditional Thai music and is popularly used in important social ceremonies like weddings.

Each of these primary ensembles has further sub-categories based on the playing style. Besides the classical renditions, there are some rural and folk music genres in Thailand as well. Traditional instruments are played to lend rhythm and tune to these musical performances. Let us look closely at some of the popular musical instruments of Thailand. 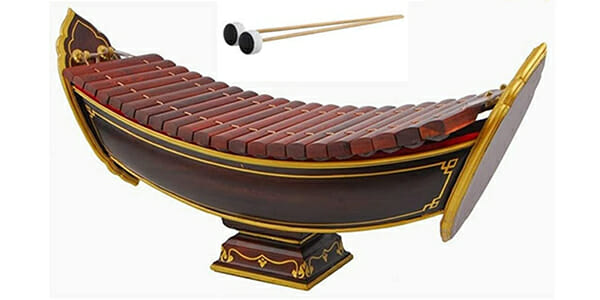 The Ranat Ek has ancient origins dating back to the 19th century in the time of King Rama of Thailand. The Ranat Ek is one of the traditional instruments from Thailand resembling the xylophone. But it is quite unique in its structure and design. The instrument has a concave boat-like structure and the keys are suspended on the top. The wooden keys are differentiated in size in order to render different notes when struck with mallets. Hard mallets yield a loud sharp sound while soft mallets yield softer tones.

The Ranat Ek Lek is also similar to Ranat Ek with the sole difference of metal keys instead of wooden ones. Both these percussion instruments are played in the Phiphat ensembles.

Another instrument that belongs to the Thai family of string instruments is the Ranat Thum. The instrument is made up of bamboo and is played in Phipat ensembles alongside the Ranat Ek and Ranat Ek Lek. The structure of Ranat Thum is slightly different from the Ranat Ek. It appears to be much lower and broader.

The Grajabpi (also known as the Krachappi) is an elegant looking instrument. The design and structure of this lute-like stringed instrument reflects its origin from antiquity. This spectacular instrument counts among the oldest Thai musical instruments.

The ornamental long neck of this lute carries a couple of sets of two strings. The instrument is played by plucking with a plectrum.

The instrument is believed to have been adapted from the ancient Chinese stringed instrument. The body of Saw Duang is made of hard-wood or ivory and the strings are made of nylon or metal wires. The Saw Duang creates clear and sharp notes and is thus used as a lead instrument in the ensembles.

The Taphon is a large percussion instrument with a drum head on either side. It is one of the prime instruments played in the Phiphat ensembles. The barrel-shaped drum is about 50 cm in length and resembles a Congo. The drum heads are made of animal skin, usually calf-hide.

Rather than using mallets, the instrument is played by thumping the palm and fingers of both hands. The drum is made of wood and interesting patterns are woven along its body. The drum is played at rituals in Buddhist shrines and regarded as auspicious. The Taphon being very popular among the locals can be heard in folk performances as well.

The Khong Wonk Yai is the Thai equivalent of a gong. The gong is sounded by a player seated within an encirclement of the instrument, and hence it is also termed as the ‘circle of gongs’. The whole concept of playing a musical instrument in this manner is quite novel and enthralling to watch and listen.

There are 16 large-sized gongs arranged in a rattan frame which are struck using mallets. The instrument is often played in Phiphat ensembles and can yield soft as well as high pitch sounds.

The Khlui is a traditional Thai flute played vertically. The instrument is believed to have originated somewhere between the 13th and the 15th century.

One feature that sets Khlui apart from other wind instruments belonging to the flute family is that it is made without a reed. The instrument has witnessed some modifications over the years, but the essence of the instrument remains intact. The Khlui can be found in different sizes and materials including bamboo, hardwood and even plastic.

The Chakhe is Thailand’s floor zither consisting of three strings. Interestingly the strings are a combination of metal and silk or nylon. This is a large instrument, about 130 cm in length and 20 cm in height. The performer or player has to sit before the instrument and pluck the strings with an ivory plectrum. The Chakhe is popularly played in the Mahori ensemble and played during weddings and stage performances.

The Thon Rammana refers to a set of hand-held percussion instruments played together as a pair. The Thon is a goblet-shaped drum yield lower pitched rhythm, while the Rammana is a frame drum (resembles a tambourine) used for higher pitched beats.