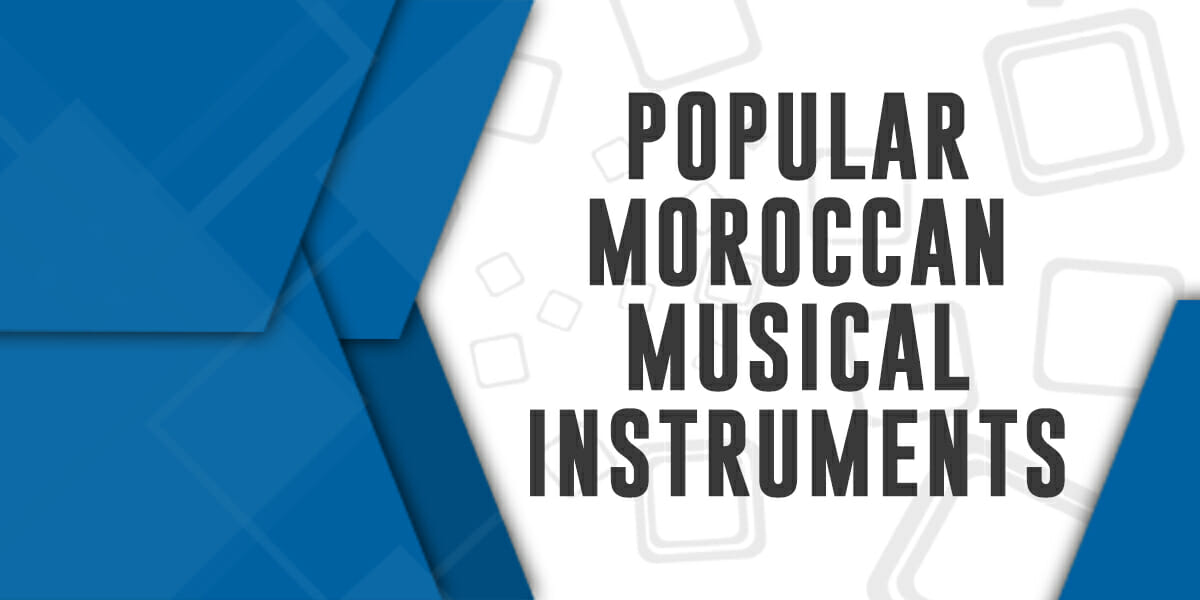 Morocco is the land of enchanting storytelling traditions and beautiful rhythms. The different ethnic tribes in Morocco bring in a colorful expression of musical styles that are a true expression of the Moroccan culture.

The crowded lanes of Moroccan bazaars resonate with the unusual sounds of the traditional musical instruments coming from coffee shops and market squares.

Let’s help you embrace some flavors of the rich and diverse Moroccan culture through the spectrum of its traditional musical instruments.

The Ghaita or Rhaita is a Moroccan double reed wind instrument with a bell- shaped end, very much like that of the oboe. The loud and magnificent sound from the Ghaita is recognized for its spiritual character in the Sufi music tradition. The Ghaita is made of wood, usually apricot wood. The instrument is predominantly made in Northern Morocco, in the town of Ouezzane.

The Ghaita is usually played during festive ceremonies. A Lord of the Rings movie fan, would appreciate that the music played on this instrument was featured in some musical themes in the film. 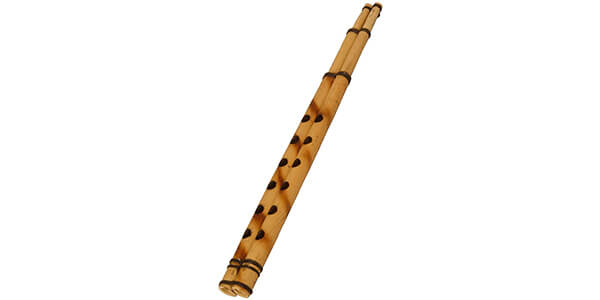 Although it is believed to be one of the most ancient musical instruments of the world, the Mijwiz has managed to retain its original construction and form all these years. It is made of two bamboo reed pipes joined together but with separate mouthpieces. There are 5 or 6 finger-holes along the body.

The Mijwiz is a tricky traditional instrument that takes much practice to master. The instrument requires the musician to employ a circular or continuous breathing technique. The sound from the instrument has a nasal tone that creates a mystifying impact on the listeners. It is usually played at weddings and celebrations.

The Gimbri is also sometimes referred to as the lotar, hejhouj or sentir in the local terminology. It is believed to have originated from Sub-Saharan African. The traditional instrument resembles a guitar in size and form; however it has only 3 strings made from the goat’s gut. The body is made of a single log of carved wood, with the top side finished with camel skin. The instrument comes with a tuning peg for adjusting the sound pitch. A set of jingling rings along the neck of the Gimbri adds a distinct rustic charm to the music.

The Gimbri is used to play trance-like repetitive sounds in bass tones. It is a popular instrument played in the Chaabi style of traditional Moroccan music. 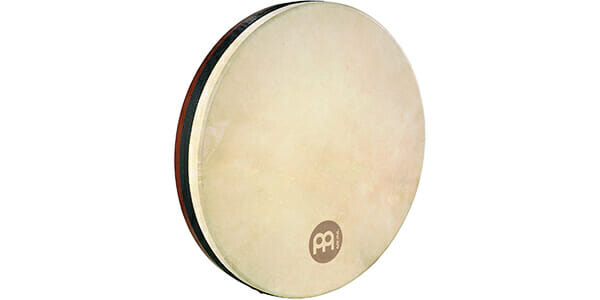 Bendir is a popular Moroccan percussion instrument that is handmade by the locals. The Bendir is a wooden hand-drum, with the playing side made of goat hide. It measures about 14 inches in diameter with gut snare stretched across the inner side. The gut snare gives a buzzing tone to the sound of the Bendir.

Unlike modern drums, which have synthetic drumheads, the Bendir with its completely natural materials has a unique deep sound. The thumping beats of the Bendir can be heard continuously across the bazaar squares of Marrakech.

The Qraqeb is quite like the European clackers. These large metallic instruments have a playing style similar to cymbals. The player holds a pair of Qraqeb in each hand and creates a clinking sound from the metal bodies being struck against each other. The sound from the Qraqeb resembles the clip-clop of a horse’s hooves.

The Qraqeb is usually made of iron or steel, and its sound is used for adding rhythm to the music. This instrument is widely played in the Gnawa music culture of Morocco which is a fusion of African and Sufi music traditions. This instrument is truly representative of the true Moroccan culture. 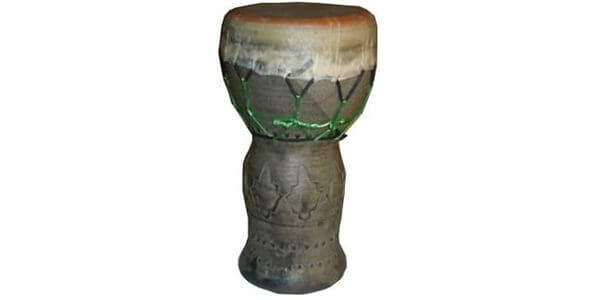 The authentic Moroccan art and craft also lives through the design of the musical instruments as well. The best example of such a handcrafted marvel is the Tarija. It’s a small goblet-shaped drum made of glazed pottery. Its drumhead is made of stretched goat skin. The height of the Tarija varies from 12 to 80 cm.

The instrument is played usually in the Berber music style. It is also played by women and children during festive celebrations. The drum is painted in vivid Moroccan artwork. The colorful geometric patterns on the Tarija are just as attractive as its rhythmic beats. 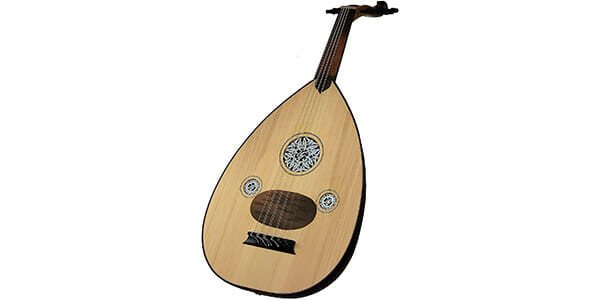 The Oud is a stringed instrument played like a guitar. It resembles the European lute and is believed to have originated from Arabia more than 3000 years ago. The instrument is considered to be of high importance and has been accorded the title of ‘sultan of musical instruments’. In fact, it is believed to be the forerunner of the modern guitar.

The Oud has a wooden sound box, a short angular neck and 5 to 10 strings. The design of the Oud is without frets, which allows freestyle and wide-range of playing styles. It will not be easy to gain sight of this beautiful melodious instrument at the side-walks or busy bazaars. The Oud is predominantly associated with the formal Arabic orchestras and professional music bands. 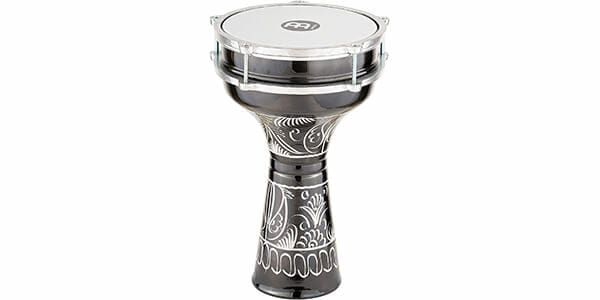 The Derbouka, also known as the Doumbek, is another popular percussion instrument of Morocco. It is a single-headed goblet shaped drum. You could say it is like a bigger version of Tarija, only more refined and sophisticated to look at. Traditionally, the instrument was usually made of wood and clay, with a drumhead made with stretched goatskin. Nowadays, the Derbouka has a metal body and the drumhead is made of synthetic materials.

While playing the Derbouka, the drummer holds the instrument under his arm, or tucks it sideways on his lap. You will find intricate paintings on the Derbouka that adds the charm of its rhythmic beats. 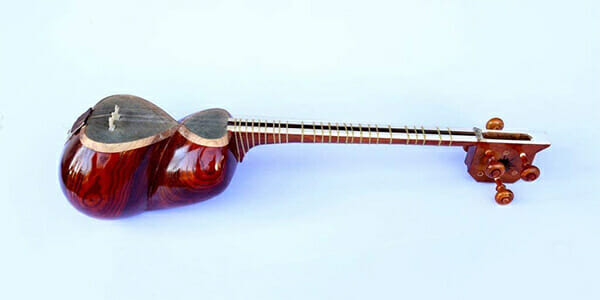 The Kamenjah is among the most noteworthy of all Moroccan instruments. It is a moderate sized fiddle played with a bow. Traditionally, the Kamenjah had only 3 strings, but the modern versions come with 4 strings just like the violin.

Although it looks strikingly similar to a violin, the playing style is drastically unique. The musician holds the instrument vertically on his knee and plays music with a bow. The Kamenjah is included in almost every form of traditional and contemporary music styles in Morocco like the Nuba, the Milhun and the Gharnati styles.