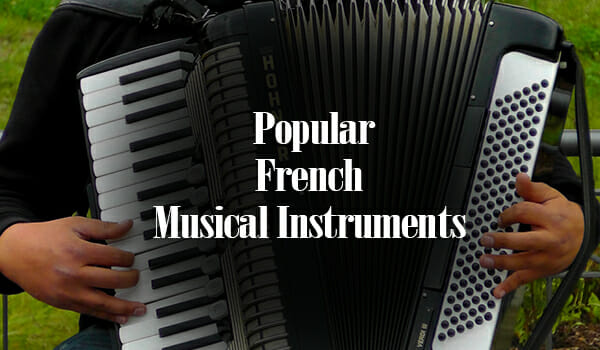 The French are known for lots of things. What’s the first thing you can think of when I say the word ‘French’?

Do you think of baguettes, french fries, wine, fashion, cheese, and even the Eiffel tower?

What many of us forget is that; a lot of the instruments we use today are French!

Whether they are tourists or locals, the streets of France are always filled with music. You can’t help but fall in love with the music.

Let me paint a picture for you.

You’re walking down the colorful streets of France. There are red doors with mosaic paintings on the floors and walls. Paintings of the revolution fill the corners of your eyes. You can smell the pastries, the croissants and macaroons. The plants are falling out of the colorful doors, with sunlight touching the tips of the leaves.

It’s a very aesthetic picture. But that’s how France is right?

I mean think about it, when you’re thinking of the Eiffel Tower or even wine, there is a sound you can associate these too. The music is slow, it’s classy and soothing.

You know what I’m talking about. 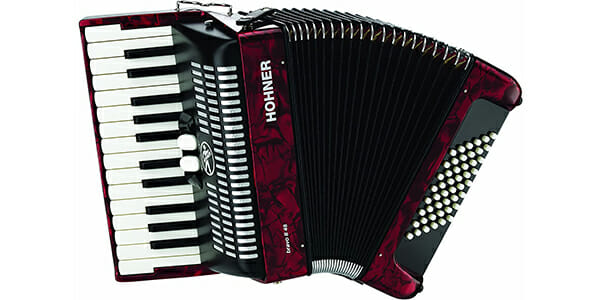 The accordion is a wind instrument that is found everywhere on the streets of France. It’s also known as the squeezebox.

It is used to play pop music, jazz, folk music, cajun music, and even classical. The accordion can be of two types: bisonoric and unisonoric. They’re also called diatonic and chromatic accordions. The difference between them is that the chromatic scale contains 12 tones and the diatonic tones are usually identified with pitch letter names in the sequence A, B, E etc.

The keys on the accordion are similar to that of a keyboard.

Except it also has bellows which can be folded by contracting and expanding. The band ‘The Who’ even made a song called the ‘Squeezebox.’ Check it out if you want to hear the classic accordion sound. 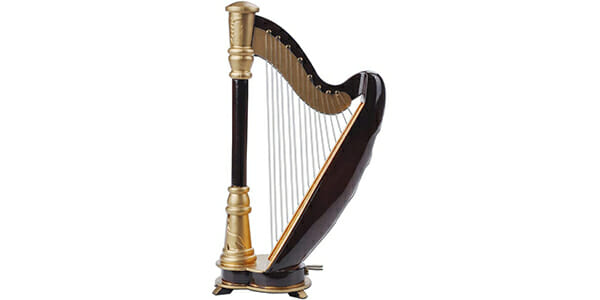 An instrument made during the times of the Renaissance, the Harp is a string instrument that produces the most calming sounds! It has multiple strings attached to the end of the frame and in angle. Each string produces sound in a different frequency.

It can be kept on the floor and played as well as held in the hands. The French love their harps. They have produced such tremendous sharp players, or sharpers, like Vincent Bucher, Greg Szlapczynski, Pascal Mikaelian, David Herzhaft, Xavier Laune, Olivier Ker Ourio and Bruno Kowalczyk. 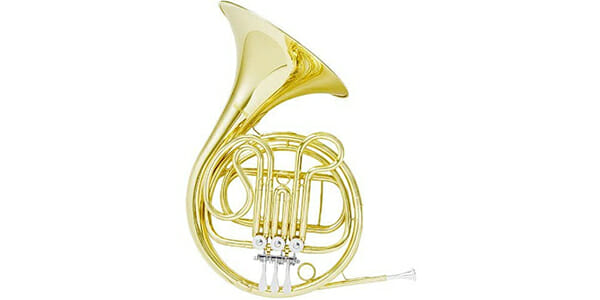 It says it in the name! The French horn is a brass instrument widely used in France. It’s made up of tubing which is wrapped with a flared bell into a coil. It’s mostly used in an orchestra and various other indie bands. Brass instruments are rad but this one is the real deal. French horns come with a wide set of notes to play.

The French horn, like most instruments, doesn’t come in one piece. There’s a screwball in between the two big pieces; that helps with carrying around the French horn and travel. That’s also why they have such an odd shape.

Now, it can be quite difficult to play, but for a musician, it’s not too hard to master!

Some of the most famous tunes are played with the French horn. Take for instance The French Horn Disney Medley, or the Star Wars (Main theme) Horn song and even Andromeda by Beethoven, Ludwig Van. 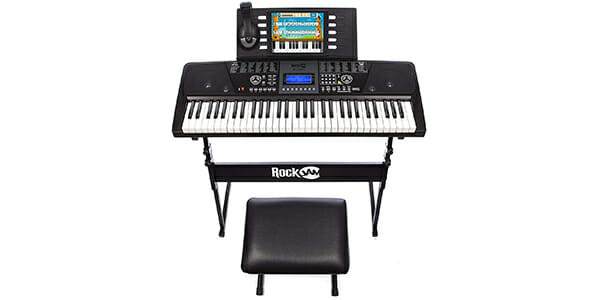 There’s no way you haven’t heard of this pipe instrument. Pianos are found across the globe.

Now, this instrument was made by a person named Bartolomeo di Francesco Cristofori in 1709, who was Italian but this instrument spread like wildfire in France. It became so popular that almost every household would have a piano in their house.

It was initially called pianoforte, piano meaning quiet and forte meaning loud. This instrument could be played on both volumes. Around 230 strings are needed to build a piano along with a sturdy wooden frame.

If you’re curious about what the pedals on the piano do, they move the hammers closer to the strings to produce the sound that the piano makes. 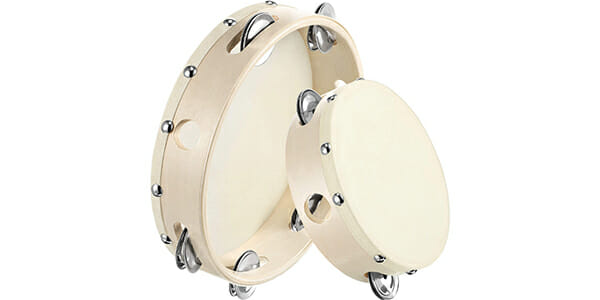 The tambourine is a percussion instrument. It comes from the French word “tambourin” or tambour which means drums. You’ll find tambourines as an instrument used during cultural festivals and religious festivals too.

In France, it is used to play folk music, which is also very famous in other European countries. It’s also used in pop music, classical, marching bands, and even rock and roll.

It’s such a festive sound that you can’t help but move to the beats of the tambourine.

U2’s drummer, Larry Mullen has played the tambourine in many of his songs. That’s why U2 has such a unique sound.

During the Renaissance, lots of drums and percussion instruments were played. Tambourine being one of them. The galoubet was used to accompany the tambourine. This duo became very popular in France.

The galoubet is a pipe which is played along with the drums. The galoubet is so popular even today. Multiple schools in France teach you how to play galoubet.

It’s such a widely liked instrument that there is an annual festival in Aix-en-Provence that celebrates this instrument.

Famous musicians like Maurice Guis have played the galoubet/tambourine with electric guitars and pianos in their concerts. They’re also famously found in weddings and dance performances.

The galoubet is the ideal festive instrument out there! 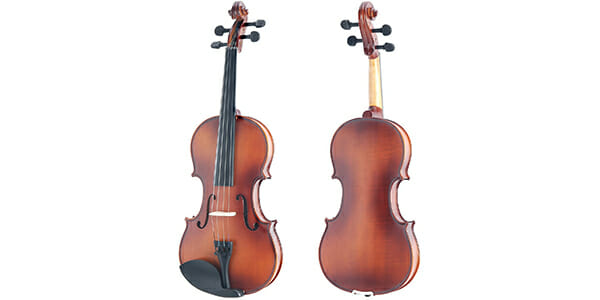 Here’s another string family instrument. The fiddle has four strings and you can’t help but think of a violin when you see a fiddle. They’re also played using a bow, just like the violin.

Now, most fiddlers played the fiddle for a folk performance. Whether it’s folk songs or dance, a fiddle was always a part of unfolding that story. The French love their fiddles. You’ll see fiddlers walking on the street, playing the most enchanting sounds.

Do you remember the movie ‘The Fiddler on the Roof?’ You should go listen to their songs to get a feel of how a fiddle sounds. 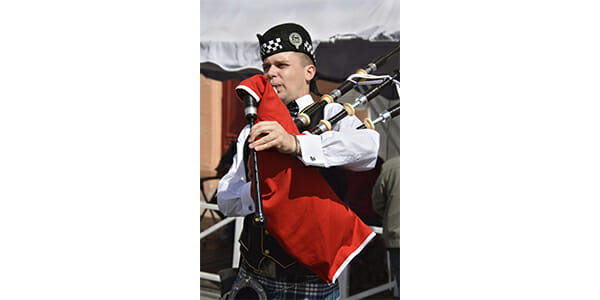 We all know what the Scottish bagpipes look like. The cornemuse is more or less the French bagpipes. Corner means “sound a horn” and muse means “play the bagpipe.”

These French bagpipes are either mouth-blown or bellow blown.

You can make out the difference between the bagpipes and cornemuse by the tenor drone held next to the chanter.

This instrument is called a Chevrette which means ‘little goat.’ It’s because they do look like little goats!

They’re widely played in areas of Nivernais, Bourbonnais, and Morvan.

The cornemuse is usually played with the instrument hurdy-gurdy. 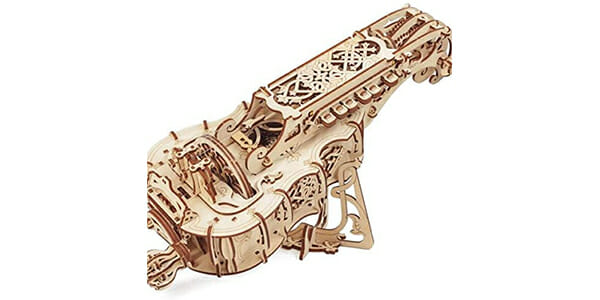 The hurdy-gurdy is another instrument that resembles the fiddle. The fiddle uses a bow. The hurdy gurdy doesn’t. It’s turned by the handle of the rosined rim of the wooden wheel attached on the hurdy gurdy.

This hurdy gurdy was a very famous church instrument. Men playing this would be seen playing the strings with one hand and turning the wheel on the end of the instrument with the other hand.

You would see every folk artist and street artists with a hurdy gurdy in their hands.

It’s still a very popular instrument in France, even today. 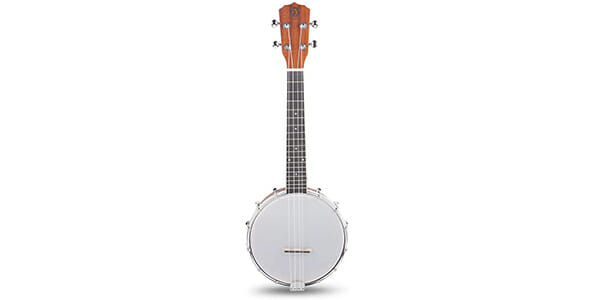 Even though this instrument was invented in the Carribeans by West Africans, the banjo is popular in France.

The phrase Joueur du Banjo, which means ‘play the banjo’ got famous because of the French.

They love the sound of the banjo.

It’s a 4-string instrument with a wooden framework. It looks like a lot of other instruments but has such a unique sound to it.

It is traditionally played by picking the 4 strings in the upward direction. Some even use the “frailing” technique where the player strums or picks the banjo; in the downward direction.

There are some classic songs with a strong banjo use in them. For example Hello Dolly! Cabaret and Annie.

The banjo is used as a folk instrument but you can find this instrument in R&B songs, classical songs, rock and jazz too.