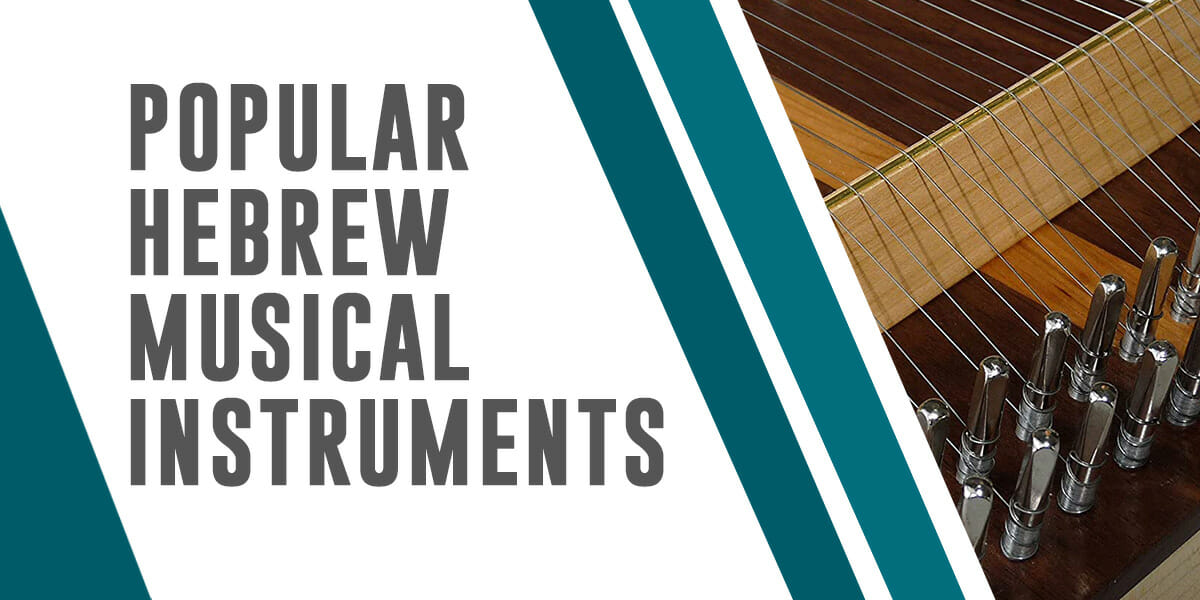 Hebrew music may be deemed as one of the most primitive versions of music as we know today. The Bible frequently mentions “joyous sounds” which can be likely interpreted to mean some sort of music. However, there are also references to instruments, trumpets and organs used as part of the ancient Jewish temple orchestra. Besides, the reference to musical instruments in Hebrew Scriptures largely appears confusing and incomplete especially due to the fact the language is very obscure. 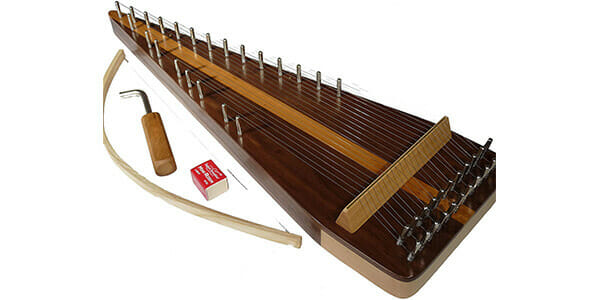 The Psaltery is an ancient Hebrew musical instrument of Greek origin. It is a string instrument, played by plucking and pulling at the strings with fingers just like a harp. There are several mentions to the Psaltery in the Holy Bible, indicating that this instrument was played at prayers, sacred rituals and ceremonies as well as on festive events. Since the Psaltery was an instrument to be played at such important occasions, it was elaborately decorated and made out of rare wood, and sometimes even with metal. 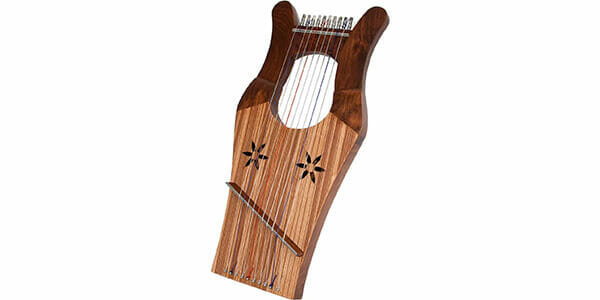 From the description gathered from ancient relics and testaments, it is understood that the Kinnor had 10 strings made of sheep’s gut. It is also believed that the instrument was light-weight and portable. Modern reproductions of Kinnor are based on the images of the instrument found embossed on Israeli coins from the pre-Christ era. The Kinnor has also been named as the ‘national instrument of Jewish’. 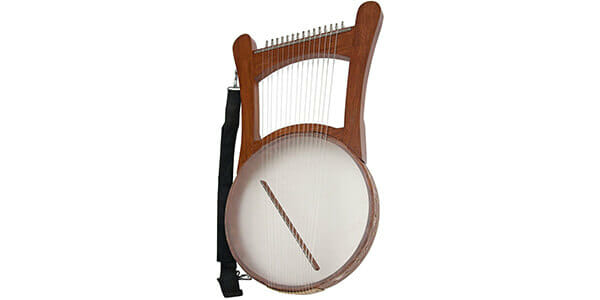 The Nebel (referred to at some places as ‘Nevel‘), belongs to the lyre category of string instruments. The Nebel was made of 12 strings and prevailed in many sizes and shapes. It was usually played at informal secular events and festivities.

The Ugab is a rudimentary wind instrument. The word literally translates to mean ‘organ‘. An organ is an inflated musical instrument played by blowing into it. The structure and form of Ugab resemble a bagpipe, usually with 7 pipes. But sometimes the Ugab was noted to have fewer or more pipes, the maximum number being 23.

An instrument similar to the Ugab called the Sryinx or Pan’s Pipe is played popularly in modern Syria. It is rather difficult to accomplish the skill to play the Ugab since the hissing sound from the instrument tends to distort even perfect musical notes. 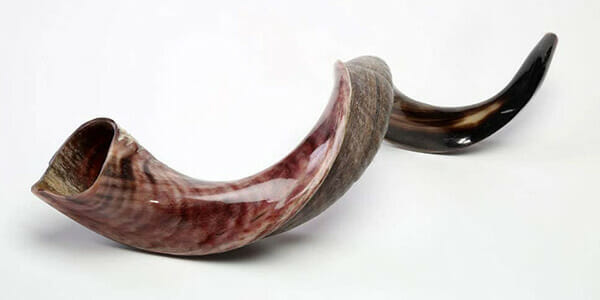 The Shophar or Shofar is the Hebrew trumpet which was shaped like a horn. The word ‘Shophar‘ stands for ‘bright’ and ‘clear’ which gives us an idea of the kind of music that a Shophar used for playing. The sound of the curved trumpet is believed to be loud, shrill and clear.

The Shophar was blown to make summons and to call the general masses to get together for war or solemn ceremonies. It was blown by the priests to mark the beginning of the year of the jubilee. The Shofar is made of ram’s horn in different sizes and shapes. The Jewish temples still blow the Shofar during prayers and assemblies.

The Chatsotserah is also an ancient Hebrew trumpet, but unlike the Shophar it is not curved. This straight trumpet creates a joyous reverberating sound which was often played during celebrations and festivities. It is believed that such silver trumpets were blown to announce feasts, and during the reign of King David, these trumpets were also used in sacrificial rites.

In the Bible, it is mentioned that God commanded Moses to make two silver trumpets for leading the people to the camps. Interestingly, the Chatsotserah have always appeared in pairs in Jewish coins and temple architecture. Hence, it is believed that in ancient times two Jewish priests used to play the Chatsotserah in two parts or in unison.

The ancient Hebrew flute was called Halil or Chalil, meaning ‘that which is bored through’. The Halil was uncomplicated in design, made of reed pipe with finger-holes. It is believed that with time, the fame of Halil became widespread and people made progress in the design. The instrument started being made out of superior materials like metal, wood, horn and bone. Sometimes the Halil was made with double pipes joined at the top with a mouthpiece.

The Halil was chiefly played to mark occasions of joy and merriment. There is also some mention of the instrument being played by travelers on their journey to Jerusalem. The Halil is still played in Palestine. 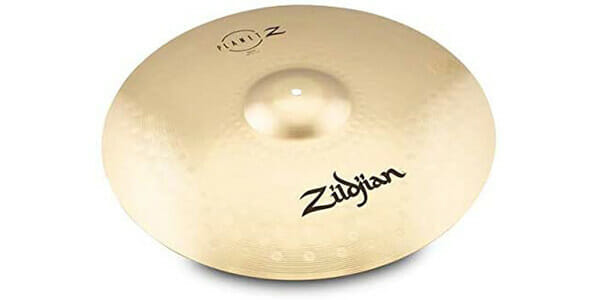 The ancient Hebrew Cymbals are pretty much identical to the modern cymbals, made of a pair of concave metal discs that create a clunking sound when struck. Usually, the sound of the cymbals is loud and highly resonant. In Hebrew, the term used for Cymbals is ‘tzeltzelim’ which indicates the tinkling sound made on striking the instrument.

The ancient Cymbals were made of bronze and large in size. But there is also mention of small cymbals worn on the thumb and middle finger. The larger cymbals created loud sounds and were usually played in the military bands, and sometimes they were played alongside other instruments in the religious orchestra. 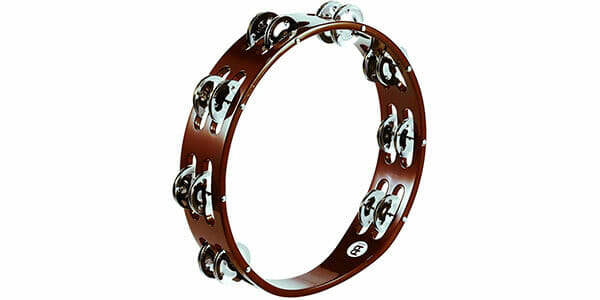 The Tambourine from the Hebrew culture resembles closely to the Tambourines we know today played in musical bands and shows. The instrument is like a hand drum, usually having jingling metallic discs. The Tambourine used to be played freestyle, beating in rhythm to accompanying instruments and singing. It is believed that the instrument was played during festive celebrations and feasts, but left untouched during times of distress and war. 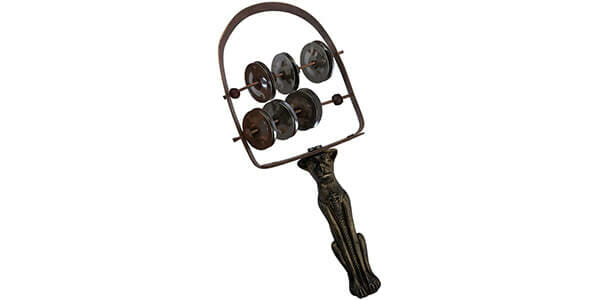 The Sistrum (plural, Sistra) was a percussion instrument that resembles a rattle. It was made with a u-shaped brass or copper frame with a handle. The size of the instrument could vary between 8 to 18 inches in length. The frame was decorated ornamentally with silver inlays, and the rings were fabricated to resemble snakes.

When the Sistrum was rattled, the rings and bars on the copper frame would make a jingling, tinkling noise. The Sistra were played during celebrations and accompanied by dancing and singing women. Instruments resembling the Sistra are these days played during military marches and ceremonies.