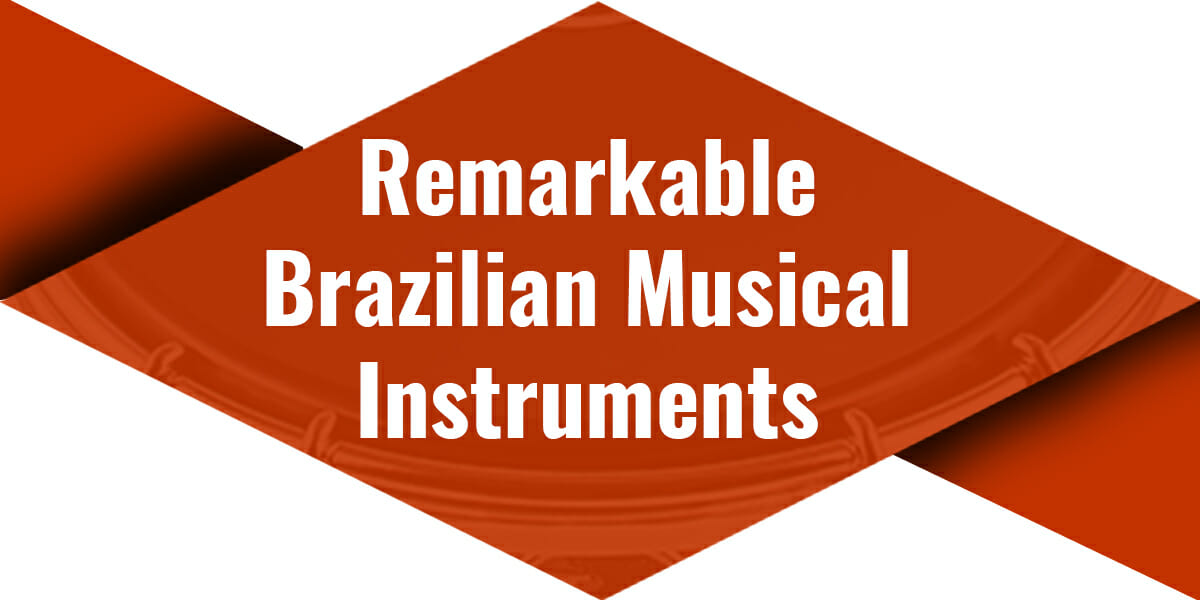 You may not have particularly heard Brazilian musicians and pop artists perform, but there is no way you could’ve missed the beats of Brazilian Samba. Besides Samba, there are other music genres popular in Brazil, each equally vivacious and just as vibrant as the rest of the Brazilian culture.

Ever heard of bossa nova? Yes, it’s the rhythm button on the synthesizer. But it is also the revered music form from Brazil. The unique and classy music form is one of the most influential music styles that got popularized in the 1950s and 1960s. 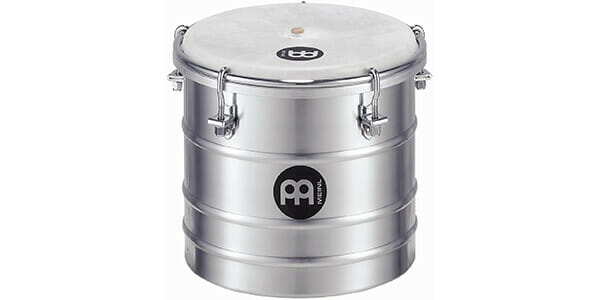 The Cuica is a Brazilian percussion instrument which is popularly played in the Samba genre. It is often played to give rhythmic beats during dances and folk music performances. It is believed that African slaves introduced this instrument in Brazil.

The drum is made of metal with one end covered with a drum-head and a wooden stick stuck to its centre. When the performer presses the drum-head with one hand, and rubs the wooden stick with a wet cloth, a peculiar sound is produced. You can compare the squeaky high-pitched sound from the Cuica to the noise made by a monkey. 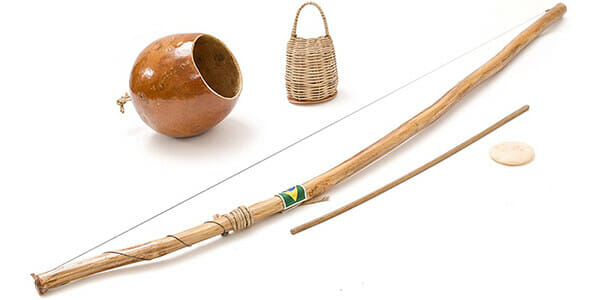 The Berimbau is another spectacular musical instrument which belongs to the lute-family. Originating from Africa, the Berimbau is now an integral part of Capoeira, an Afro-Brazilian martial art form. The instrument is played to give lead to the movements and swiftness of the participants in the martial art.

The Berimbau comprises a wooden bow with a tightly strung metallic string. The string is plucked with a coin or small stone to produce musical notes. The resonator for the instrument is made up of dried hollowed gourd. 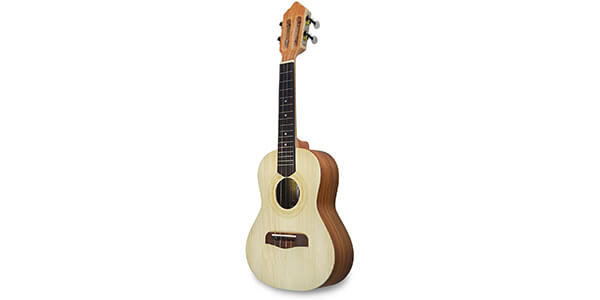 The Cavaquinho is more of a contemporary musical instrument that resembles a guitar, though much smaller in size. Some people find that it looks similar to a Ukulele.

The body of the instrument is made of wood. Four metallic strings are strung along the neck of the Cavaquinho and played like the guitar strings. The Cavaquinho is popularly played in Samba performances. 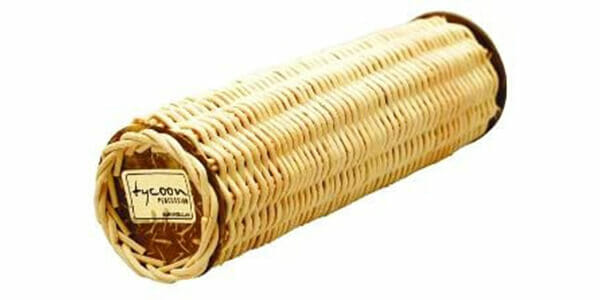 A popular Brazilian percussion instrument called Ganza looks and works quite like a rattle. It is a cylindrical instrument made of wood, plastic or metal and filled with beds or pebbles. Some Ganzas even resemble a hand-woven hollow basket.

When the Ganza is shaken it creates a rattling sound which is used as an accompanying rhythm to musical performances. This instrument is also commonly played in the Samba music genre.

The Alfaia is a large drum made of wood. One side of the drum acts as the drum-head made of animal skin. Calf-skin or goat-skin is commonly used for constructing the drum-head. Ropes along the sides of the wooden body can be tightened or loosened to alter the tension and sound pitch.

The sound of Alfaia is similar to that of a bass drum, but much heavier and deeper. The instrument is frequently played to give rhythmic beats to Brazilian dance forms and folk musical performances. 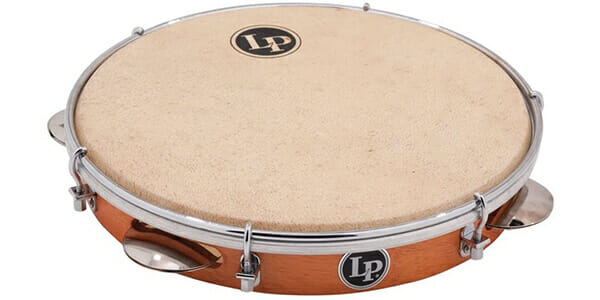 While we are discussing the drums of Brazil, it is worthy to make a mention of the Pandeiro, the Brazilian hand drum. The Pandeiro has a metal frame with animal skin stretched at one end. The performer holds the Pandeiro in one hand and strikes the drum-head with the palm and fingers of the other hand. As the player strikes the drum-head in a rhythmic pattern, the metal discs attached to the frame also create a jingling sound. The tension of the drum-head can be adjusted to alter the sound pitch. There are different rhythmic patterns for playing the Pandeiro. You can hear Pandeiro being played in all kinds of Brazilian music genres and particularly in Samba and Coco music. 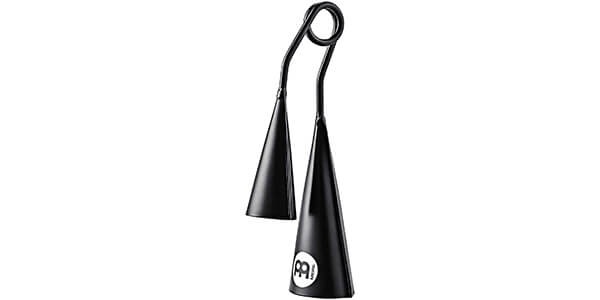 The Agogo is a kind of bell played by Brazilian musicians and folk performers. It is believed to have originated in Africa, and some people regard it as the oldest instrument of the Samba music genre. Interestingly, the use of Agogo has now become widespread in other music genres around the world, especially in rock music performances.

The Agogo is a pair of bells connected together. The bells are usually of different sizes and hence yield a different pitch when struck with a wooden stick. Sometimes, the player may even squeeze the bells closer together to create a resonating sound. 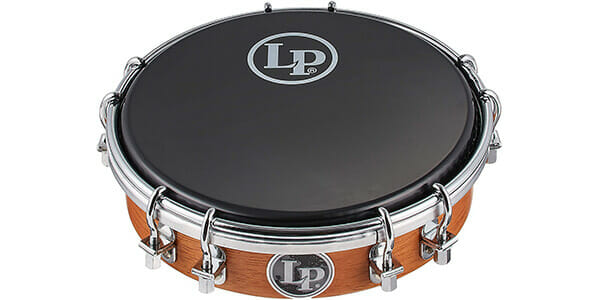 The Tamborim from Brazil is exactly like a tambourine. It is a small round frame with jingles and a drum-head. The instrument is believed to be of African origin.

The frame of the drum is usually made of metal, but plastic and wooden frames are also quite common. The nylon drum-head which is usually tuned quite tightly yields a sharp and high pitch when played on with small wooden sticks. Sometimes the Tamborim may also be played by hand instead of the sticks. 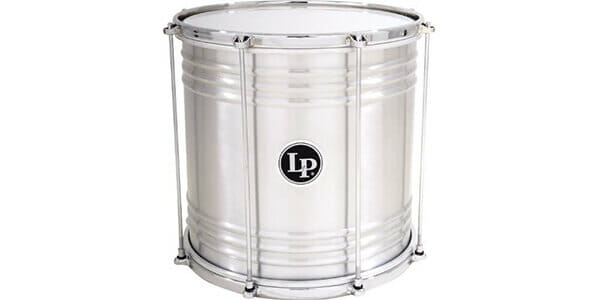 The Repinique (also known as the Repique) is another popular Samba percussion instrument. The drum has drum-heads on either sides and often played as a solo instrument or as a lead in an ensemble. It is also played to accompany dancers’ beats and tempo in Samba performances.

The body of the Repinique is made of metal and the drum-heads are made of nylon sheets. Metal tuning rods around the body can be tightened or loosened for adjusting the pitch. It is slightly longer and narrower in structure as compared to the other Brazilian drums. The performer plays on the drum with wooden or plastic sticks. 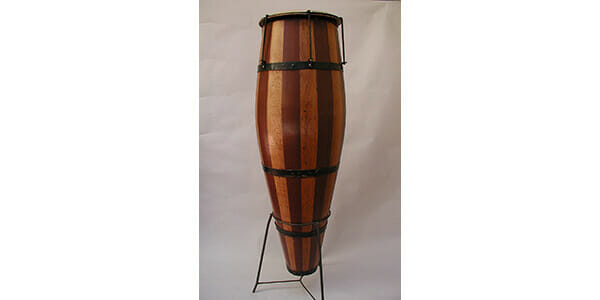 The Atabaque is Brazilian percussion instrument played in religious music and on auspicious occasions. It is believed that this drum was brought to Brazil by the African slave population. The drum is made of a special locally sourced wood called the Jacaranda.

This hand-drum is found in three different sizes, each size yielding a different pitch. The largest Atabaque is called the Rum and is used for playing low pitch sound. The medium-sized Rum-Pi generates a d medium pitch. The highest pitch is played on the smallest Atabaque called the Le.