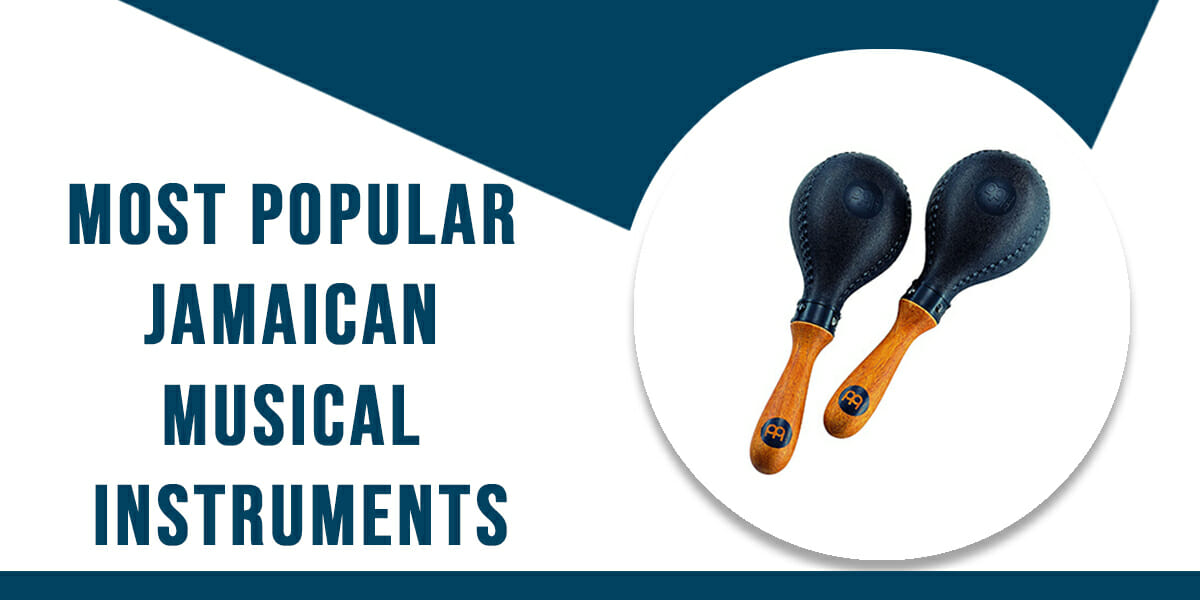 Picture the Caribbean Islands – the gorgeous destination, with a colorful fusion of ethnicity and cultures. Equally vivid is the music and sound of Caribbean people, with Spanish, Dutch and African influences. If you ever visit Jamaica, the largest Caribbean Island, you will find yourself immersed in beats of drums and local music.

A variety of musical instruments unique to Jamaican and Caribbean culture, have strongly influenced the world style of music genres like reggae and ska. If you visit Jamaica, these are the popular musical instruments that will set your foot tapping to the rhythm. 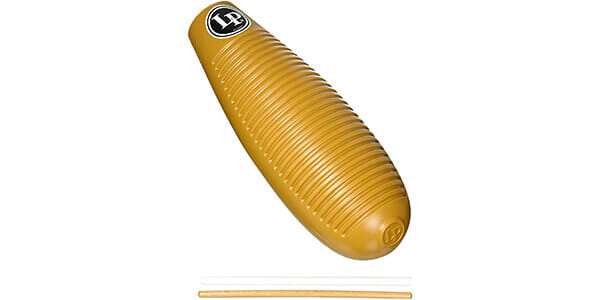 Guiro is a percussion idiophone indigenous to the Caribbean culture. The instrument is rather uncomplicated in construction, a hollow-gourd with ridges carved along the body. Reverberations are produced when the instrument’s ridged-surface is scraped with a stick.

At first sight, the Guiro may appear to be easy to learn. But the truth is that the masterful techniques for playing such an unpitched instrument like the Guiro require skill and immense practice.

Mostly, the Guiro is played as a rhythmic accompaniment to popular dance music. You might have heard the Guiro being played for keeping time in Salsa dance sessions. The traditional playing technique uses three strokes to create a rhythmic rasp. The strokes may be applied back and forth or in a single direction. The sound produced by the scraping of the Guiro has a uniquely pleasant texture. The pure instrumental quality of Guiro music makes it popular in classic Latin American music too.

Guiro can be made of metal, wood, plastic or fiberglass. There are a variety of Guiros based on the material used, the placement and distancing of ridges. These modifications result in a variation of the sound pitch. 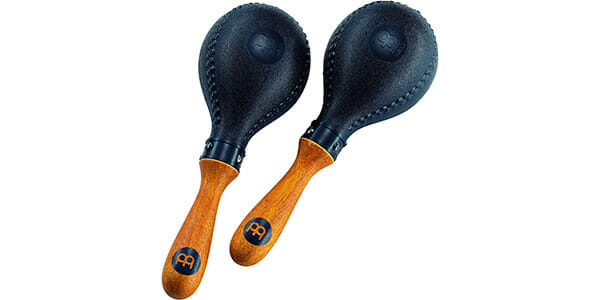 Maracas are a pair of rumba shakers, much like rattles. The Maracas are believed to be African and Latin American origin. In Caribbean music, Maracas are also used as a rhythmic accompaniment for supplying beats to various dance music genres like Salsa, Mambo and Cha-cha-cha.

While playing the Maracas, one shaker is held in each hand using the stick handle. The top oval-shaped shells of the Maracas are filled with stones, beads or seeds which create an echoing sound when shaken. Besides being used for creating an eight-note rhythm, the basic staccato, Maracas can also be used for producing drum rudiments by shaking in double-swish motion. The range of sounds that this simple instrument can create is incredible and has an intuitive flair. Maybe that’s why it is a choice of accompaniment for virtuosic performers.

Traditionally, Maracas were made of gourds and turtle shells. Modern Maracas are made of coconut shells, wood, fiberglass, animal hide and plastic. Even today professional-quality Maracas are universally made of natural materials and are absolutely handcrafted.

Owing to their portability and universally appealing playing style, Maracas are the popular choice as souvenirs for tourists visiting Jamaica from world-over. 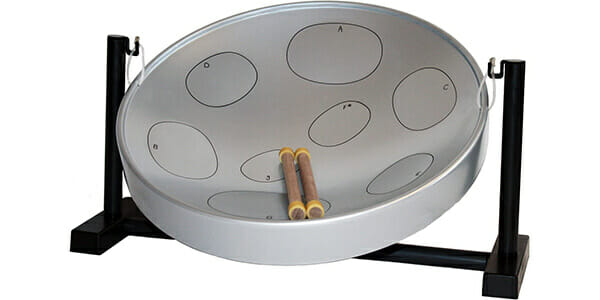 Jamaica is famous for its metal drums made of shiny stainless steel. There’s not a music-lover on the planet who wouldn’t remember Bob Marley jamming at the steel drums, playing “Stir Up!”

Originally, the steel drums were made of steel barrels. The story goes that slaves of French colonizers in the Caribbean Islands used to beat frying pans, dustbin lids and oil drums with sticks for musical entertainment.

The drum’s striking surface is concave with chiseled grooves for acoustics. The depth and curvature of the surface determine the pitch of the sound. Steel drums are also called Steel Pans; and when the drums are played in an ensemble, the group is called a Steel Band. There may be 4 to 100 performers orchestrating in a Steel Band. Modern Steel Bands include percussion instruments like cowbells, bongos and triangles.

In the Caribbean Islands, Steel Bands are used for rhythmic cues for Calypso music. It is believed that rivalry among local Steel Bands has led to plausible design and innovation in the instruments. With Swedish, Swiss and Japanese musical bands progressively embracing the distinctive sound of Steel Drums, they have already become a world music phenomenon.

The Buleador is another type of Jamaican drum associated with the percussion-driven Bomba genre. It is indigenous to the Afro-Puerto Rican population. It’s a large drum about 24 inches tall. The drumhead measures about 13 inches in diameter. The player strikes the drumhead with both palms in a coordinated pattern to create rhythm. The drumhead is made of goat-leather.

Interestingly, the first Buleador was developed in Puerto Rico using a rum barrel. The Buleador was traditionally used for providing a steady beat to the dancers. The large structure of the drum creates a grave thumping sound. The low pitch beats from these drums add low bass tones to the music. In Bomba music, the Buleador provides the follow-on beat in addition to a lead instrument called Primo.

Buleador is a part of the lively and sensual dance culture of Puerto Rico, holding a rhythmic challenge between the dancer and the drummer. The beats and performance create a hypnotic groove that holds the onlooker on the edge. 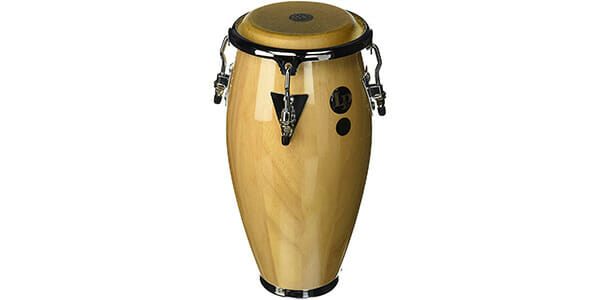 The Conga is a barrel-shaped percussion instrument which was adopted in the Caribbean music from African cultural influence. The modern Conga is made of wood or fiberglass and has the option of tuning the drum-head. Fiberglass Congas have the advantage of being light-weight and weather resistant.

The Conga is made in four sizes, and some musicians actually play the entire set of all four Congas. Conga is a tall and narrow drum. Typically, the Conga measures 12 inches tall. The larger Congas are not used for leading the music, rather only for rhythm. The small size Conga also known as the Quinto yields a high-pitched detailed rhythmic pattern. The drums are played with the hand, either with the motion of fingers of the heel of the palms.

Without a Conga set, a salsa band or a modern jazz troupe would be essentially incomplete. The Conga is also played in dance music genres like salsa, mambo, rumba and conga (named after the instrument). In the calypso genre, Congas are struck with mallets instead. With its versatility and variety, the Conga is the top choice of drummers across the globe. 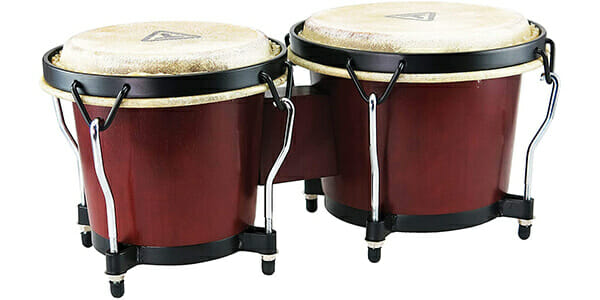 Bongos are a pair of small conical drums omnipresent in the Caribbean music genres. The drums are unequal in size, one drum a little larger than the other. The larger drum is called ‘female’ or ‘major’, and the smaller drum is called ‘male’ or ‘minor’. The diameters of the drumheads measure about 7 inches and 5 inches. The drums have uncovered bottoms.

As compared to the Congas, the Bongos supply high-pitched beats. There are playing techniques for Bongo which can yield subtle muted tones as well.

The Bongos are at the heart of the lively Caribbean music ensemble, often escorting the low-pitched Conga. In solo acts, the two Bongo drums are played in a rhythmic pattern which appears as a musical dialogue to the listener. 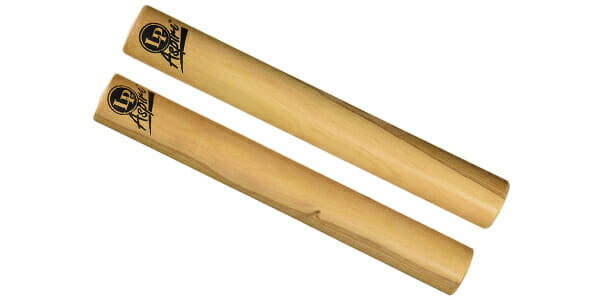 Palitos also known as claves are hand-held percussion instruments. They are just a pair of cylindrical wooden pieces struck together for a rhythmic clicking sound. The humble instrument is believed to have originated in ancient Africa centuries ago. The sticks are solid, only 8-10 inches long and about an inch thick. The playing trick lies in holding the sticks correctly. One stick is lightly held under the fingertips and struck by the other one in a rhythmic pattern.

Palitos are used as rhythmic accompaniment in musical performances and also in kids’ play. The use of Palitos is omnipresent in the Caribbean folk music, especially rumba and salsa. Learning how to play the instrument is quite effortless. You can definitely pick up a pair of Palitos as a souvenir from the Caribbean and try the instrument for yourself! 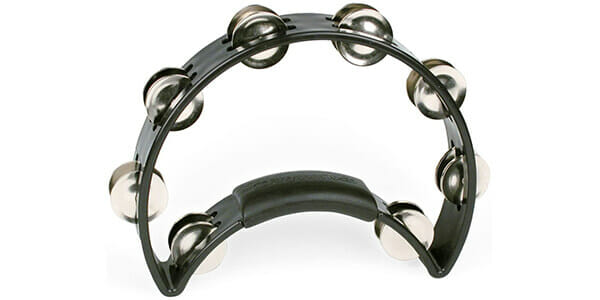 “Hey Mr. Tambourine man, play a song for me!”, read the lyrics of Dylan’s popular song. Listening to the song, you must have also wondered what is the jingly-jangly thing called the Tambourine? Well, it is a musical instrument associated with many ancient civilizations of the world including the European and Indian civilizations.

It is believed that the African influence brought the Tambourine into the Jamaican culture. The percussion instrument is played in Church choirs as well as some folk music genres.

Tambourine, also known as Timbrells are made of metal or plastic frames with pairs of small metallic discs around, and a drumhead at the top. The frame is hollow and open at the other end. The jingle-jangle of the metallic discs creates a rhythmic sound when the instrument is struck or motioned. The Tambourine is often a part of the Steel Band and popular folk performances in Jamaica. 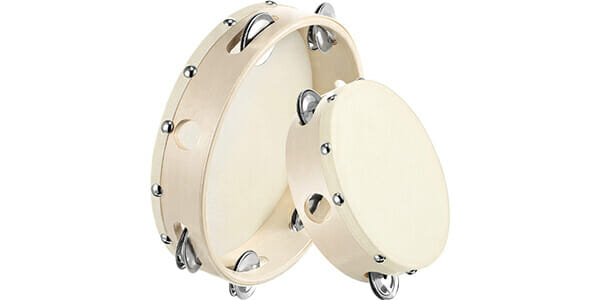 The Panderetas are large hand-held percussion instruments. They are much like the Tambourine but without the jingling discs. Panderetas are a simple instrument played in Caribbean folk music. They are the heartbeat of La Plena, the popular Puerto Rican folk dance genre. That’s why they are sometimes also referred to as the Plena drums.

Usually, the Panderetas are played in a set of three, each drum having a different size. The largest drum is called ‘Seguidor’ and it lends the basic rhythm to the dancers. The medium-sized ‘Punteador’ plays a similar role. The smallest drum, the ‘Requinto’ is the lead drum which is used to give leading beats to the dancers. 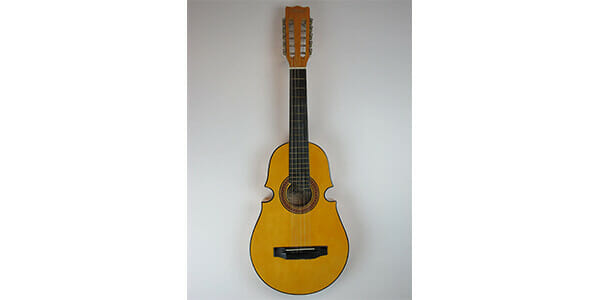 The Cuatro is believed to have been introduced to the Caribbean by the Spanish colonizers. It is actually an adaptation of the classical Spanish guitar. The word ‘cuatro’ literally translates to mean ‘four’. And that’s the number of strings you would find in the antique version of the instrument, called ‘Cuatro Antiguo’. The modern Cuatro, however, has evolved into an instrument with 5 sets of double strings.

You’d think that an instrument that looks like a guitar must sound like a guitar too. But that’s not the case with the Cuatro. The innovation of the native Caribbean people lies in using laurel wood for making the body of the instrument. Besides being ornamentally designed, the Cuatro’s wooden body also contributes to a pitch and resonance strikingly different from the Spanish guitar sounds.

In the Caribbean Island, the Cuatro has always been the lead instrument in the compositions of the common man, the rural farmers and village folks. The Cuatro has also been recognized as the national instrument of Puerto Rico.