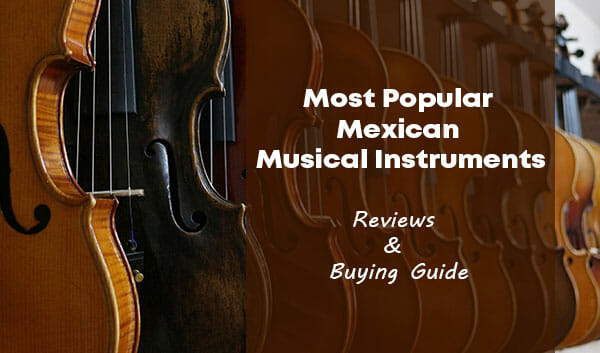 Mexico is popularly characterized by its sunny clime, infamous black bean rice, people of a fiery Latin disposition and the distinctive garb they don. 🙂

Much like the natives, Mexican music too is zingy, and has flair. It draws inspiration from a myriad of cultures, but is especially rooted in the indigenous history of the country.

Latin music has fast gained popularity in America and all over the world, as reported by recent articles.

Early Mexican music was largely a concoction of sounds. Based off of these phonetics, it has been refined over a period of years, shifting and altering, as the original framework remains the same. History sources cite a predominant use of the drums in Mexican music when it was first developed, an instrument which continues to be in ample use even today.

There are many such musical instruments that have shaped Mexican music as we know it, ten of which I shall briefly discuss. 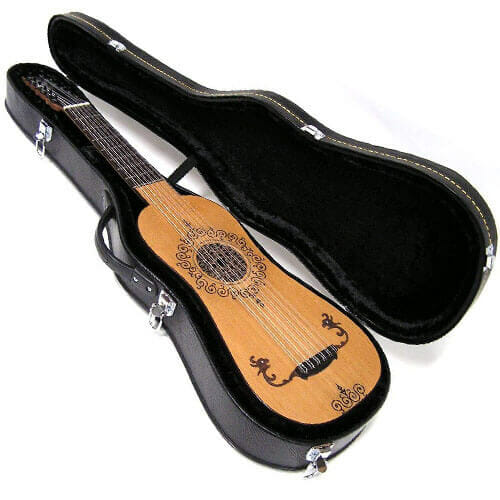 The Mexican Vihuela is a successor of the original (of Spanish origin) is a small, compact rhythm guitar, bearing close structural resemblances to the Mexican guitar or guitarrón. It triggered the advent of Mariachi bands, who strum the chords with their fingernails only to create a rich, full sound. It is generally a five-stringed instrument.

Mariachi music implements a specific medley of instruments and singing, and is recognizable immediately all throughout the world. Mariachi music history is rich and varied. 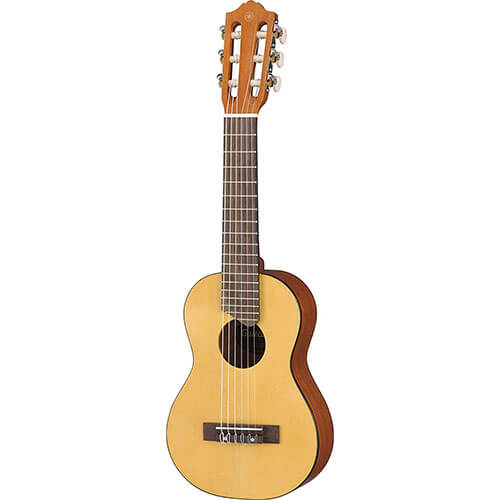 The Mexican Guitar is a large instrument, much larger than the traditional depiction of a guitar. Although similar in function to a guitar, it was derived from a fingernail-plucked bass popular in sixteenth century Spain.

It is a six-string acoustic bass with a deep, almost gruff sound and is also an important component of Mariachi music.

It was popularized in mainstream music after Randy Meisner of The Eagles played the guitarrón on a track named “New Kid in Town”. 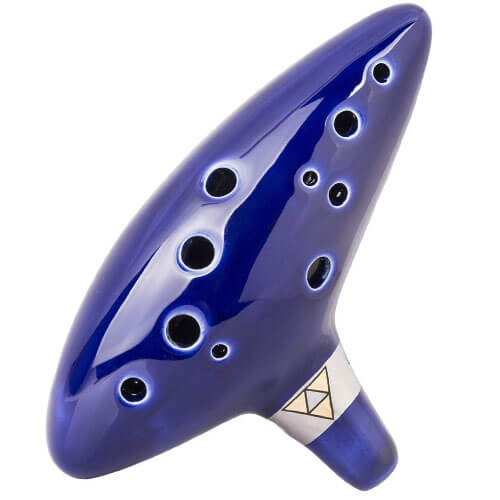 The Ocarina is a wind instrument dating back to over 10,000 years. It is not restricted to Mexican history and culture alone, but has left traces around the globe- in ancient Chinese and Meso-American civilizations, with archaeologists unearthing evidence to link them to the Mayans and Aztecs, as well.

The instrument, to put it simply, is a wind vessel. The body has between 4-12 air holes and a mouthpiece which juts out slightly. It produces rather stifled, almost fantastical sounds, as if being generated underwater. 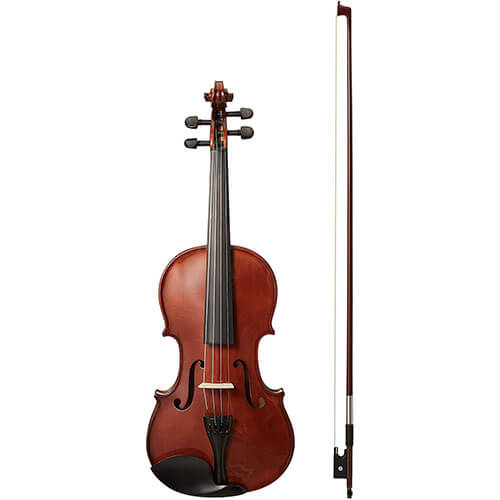 The violin has a rather special place in Mexican music. Implemented in different manners for different cultures, the violin is used almost aggressively in Mexico, with full-bow drawings across the chords in rapid succession.

The violin is most notably used to complement trumpet melodies, to break the lengthy linearity with swift and firm tones. Grace notes are widely used. 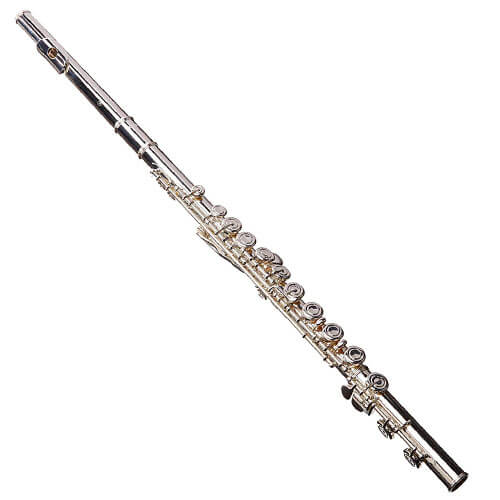 This wind instrument is an integral part of Mexican musical culture, and has been over decades. It is used as accompaniment to many forms of folk music, an effectual tool in the process of story-telling the music serves to embody.

The flute, while capable of creating varying ranges of music, is diversely used in Mexico, sometimes producing short, staccato strains while at others, giving rise to long trills of melody.

The flute, is often recommended for music therapy. If persisted at, it can dramatically improve lung power and usually is said to calm jangled nerves in the anxious or the elderly. 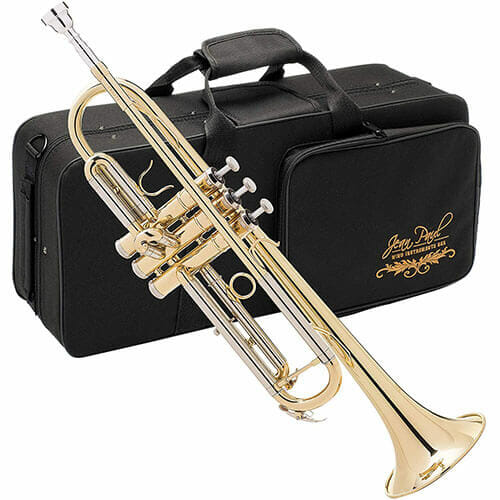 The trumpet was popularized in Mexico, in both Mariachi music as well as Banda (military band) music. The trumpet is shaped like a tube that ends in a bell-like structure. It is generally made of brass or metal alloy, and produces a powerful sound which is a result of strategically timed lip vibrations.

It is used in music all over the world-well known for its presence in pop, jazz and swing. Rotary-valved trumpets are commonly used in orchestral set-ups (especially in Germany). 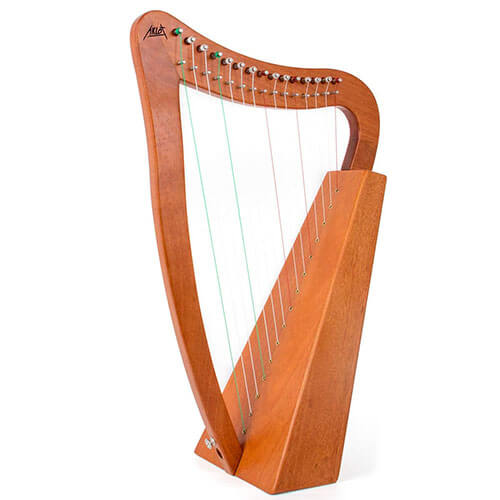 The harp emerged in Mexico, as the “music of the poor”. It was first listened to almost exclusively in rural households, finding an admiring audience in brothels. Soon, it spread to the upper strata and was popularized as an instrument with both class and distinction.

The harp is a stringed instrument, hefty yet delicate-looking, and have between 40-47 strings, which have to be plucked by the player. The music it creates is tinny, yet has astonishing clarity.

The harp enjoys massive popularity in many countries, despite being a difficult instrument to play. Harps vary globally, with historical sources linking it to defunct families in Myanmar. It is now employed as a crucial musical instrument in both Asia and Europe, with certain communities in Africa also playing an adapted version. The Celtic harp, a particular variety, is one of the most popular musical instruments from Ireland. 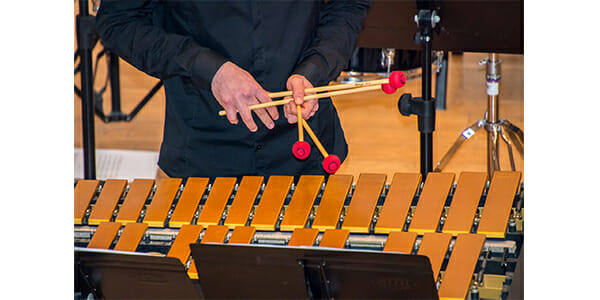 The marimba is a percussion instrument, structurally skin to a narrow table, with a series of wooden bars struck with yarn/mallets to produce musical overtones. It is played like a xylophone.

The marimba is popularly played in South-east Asia and South America, as well as in Africa. Historians believe its roots can be traced back to the 16th century when African slaves introduced it to South America. It was further developed for orchestral use in the 20th century by J. C. Deagan and U. G. Leedy.

This instrument produces an earthy, sonorous sound which resonates for 3-4 seconds before dying out. 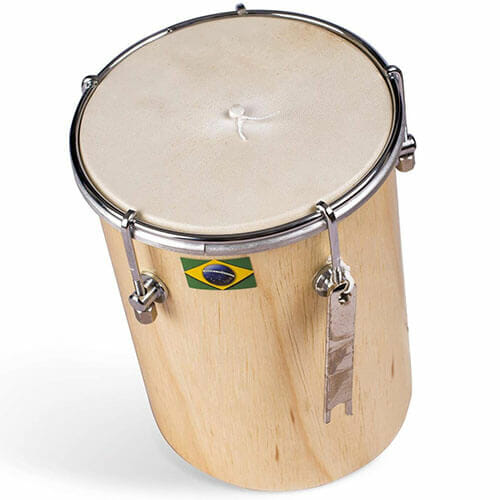 The friction drum saw its origins in Africa, Asia, South America and certain parts of Europe. Originally used for religious and ceremonial occasions only, it has now been popularized in contemporary music.

As the name suggests, the single membrane of the drum is made to vibrate using friction. 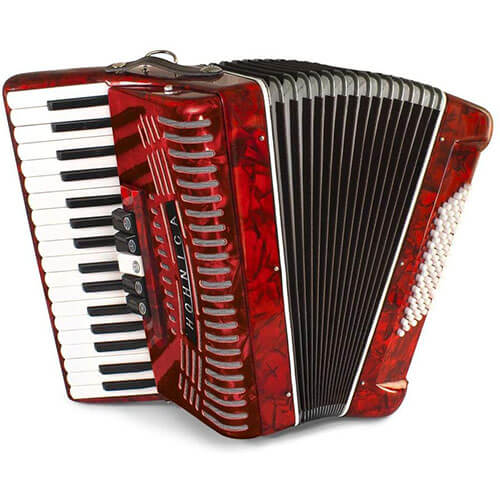 The accordion is a box-like instrument with spindly segregation.

The instrument is played by compression/expansion of the bellows while pressing keys, which cause the valves to function, producing sound.

The accordion was popularized in Mexican and Brazilian culture before it spread to other parts of America and later, to Europe. Initially used as accompaniment to folk or tap dancing, it is now Cajun and jazz music as well as in solo as well as orchestral renditions of classical music.

To conclude, Mexican musical instruments with their strong sense of individuality have flourished and grown to dominate world music. The variety they offer in terms of implementation make them so popular, loved by both connoisseurs of contemporary and classical.